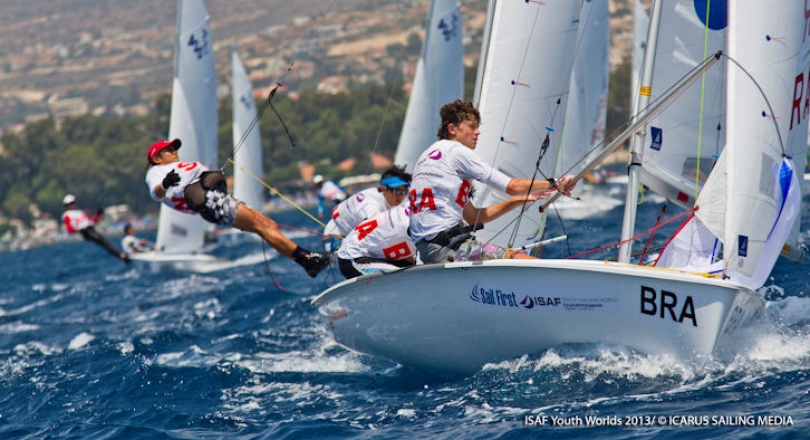 The Notice of Race for the 2014 ISAF Youth Sailing World Championship, the 44th version of the championship being held in Tavira, Portugal has been released.

Over 300 of the world's top youth sailors are expected to travel to Portugal, competing from 12-19 July 2014 in a bid to add their name to a star-studded list of winners that includes Olympic gold medallists and America's Cup winners such as Ben Ainslie (GBR), Alessandra Sensini (ITA) and Russell Coutts (NZL).

Twelve races are scheduled for the Laser Radial and 420 events and 16 races for the boards, multihull and skiff across five days of racing.

ISAF Youth Worlds Technical Delegate Antonio Gonzalez de la Madrid said, "The ISAF Youth Worlds is the most important event in the calendar for young athletes and it is a major achievement to be selected to compete. Tavira has a fantastic venue and we look forward to an excellent competition."

Open to competitors aged under 19 in the year of the championship (i.e. for Limassol, under 19 on 31 December 2014) in the events and equipment listed below (all supplied), the Youth Worlds occupies a unique place in the sailing calendar. Entry is limited to one boat per nation, per event, with highly competitive national qualification events taking place to decide who will have the honour of representing their nation.

Entry details have been sent to all ISAF Member National Authorities (MNAs). The deadline for submitting the Boat Reservation Form is 31 January 2014.