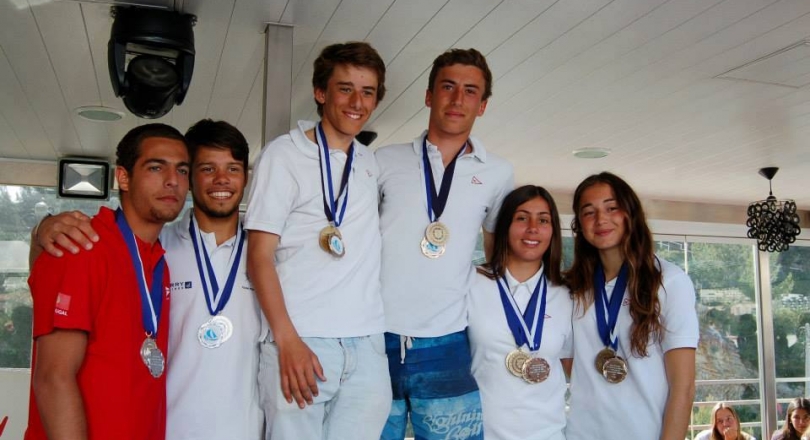 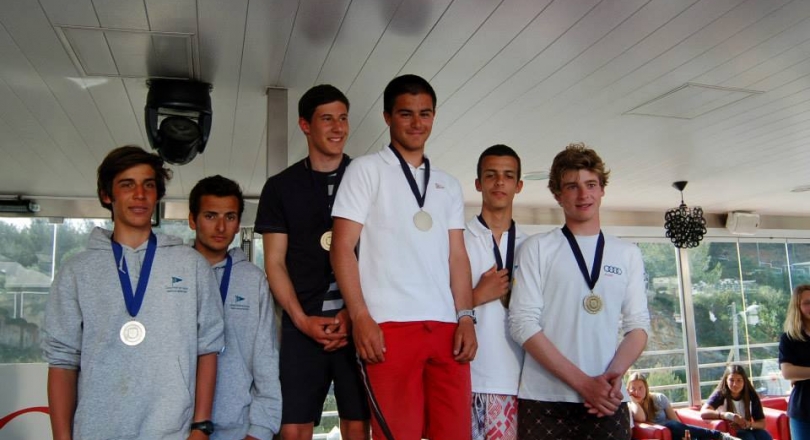 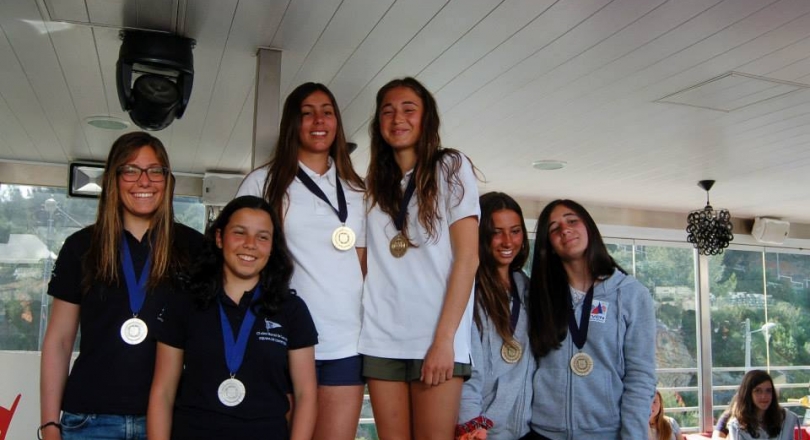 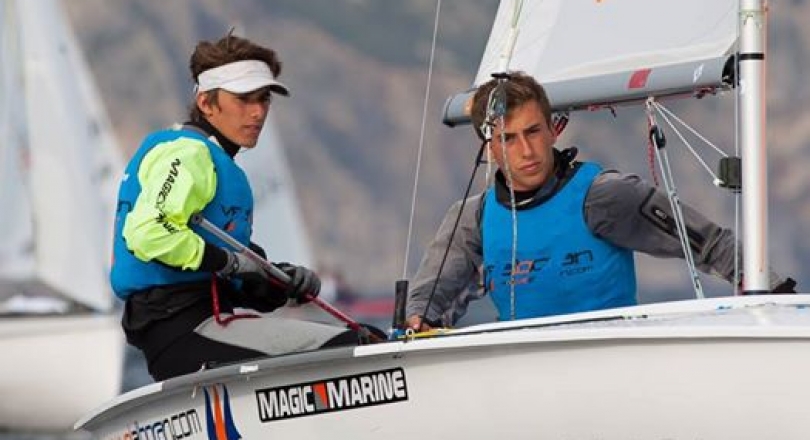 A lack of wind dominated the race track at the 2015 Portuguese Youth Nationals, 1-4 April, forcing teams to wait patiently ashore and the Championship to wrap up with just four races completed.

But no lack of wind could challenge the domination of brothers Diogo Costa/Pedro Costa who trounced the 33 boat fleet with three wins from four races.

Race day 1 on Wednesday 1 April saw the fleets held ashore waiting for wind, with just one race completed, which was won by Gonçalo Pires/Gonçalo
Ramos. To catch up on schedule, three races were scheduled for Thursday, but again the wind forced a postponenment during the middle of the day, with just two races completed. The fleets got out to race in the morning, but were then kept under postponement until later in the afternoon. Two wins to the Costa brothers propelled them into the lead.

Race day 3 and again the wind kept the fleets ashore, with just one race completed in the late evening, and another win to the Costa brothers. No wind on the final day, so the Championship titles were decided. First overall to Diogo Costa/Pedro Costa, second to Gonçalo Pires/Gonçalo
Ramos and third to Mafalda Pires de Lima/Marta Melo who were also top ladies team.