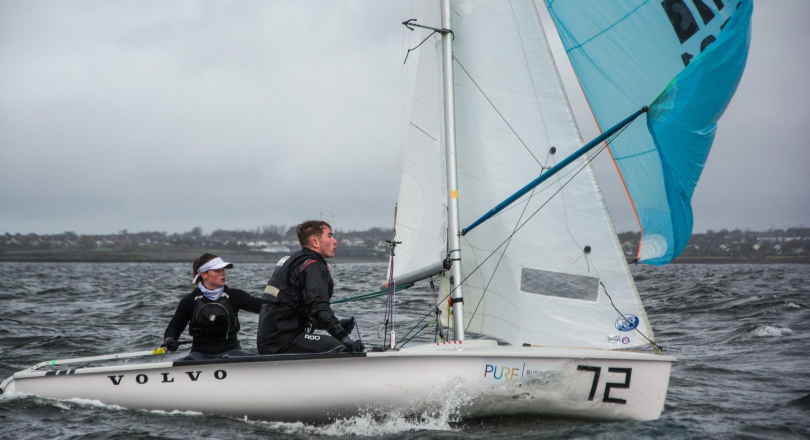 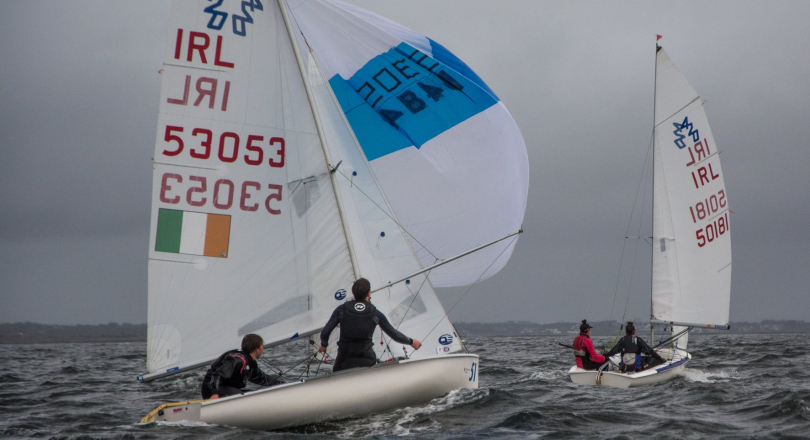 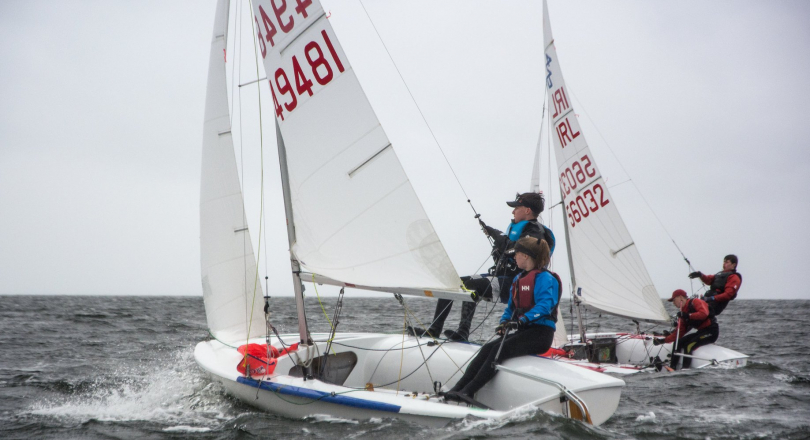 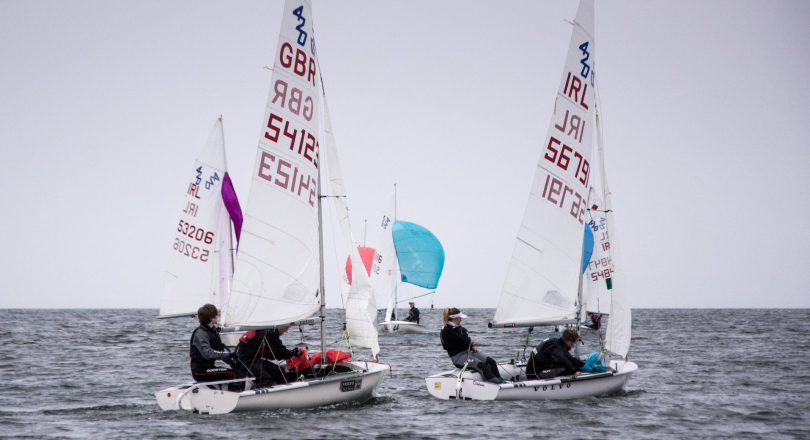 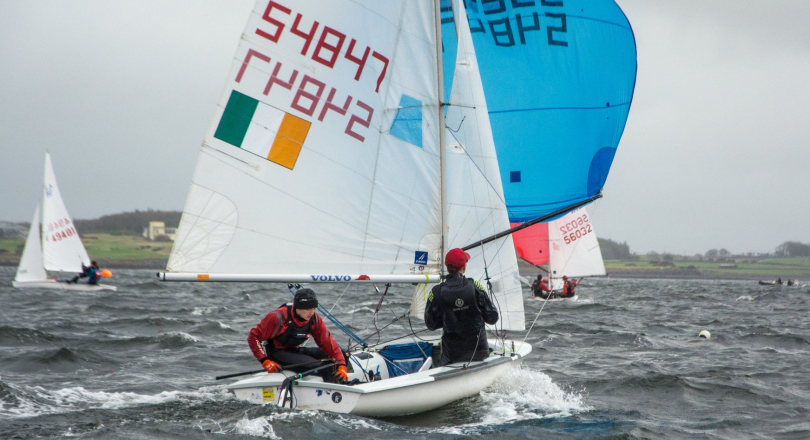 Galway Bay Sailing Club did a magnificent job in hosting not only the annual Autumn mid term training this year but also the rearranged 2019 420 Connaught Championships. The three days of training in varied conditions were followed by racing last weekend. Saturday saw very strong winds force the cancellation of racing and the sailors woke on Sunday morning to an absolute flat calm with a fog over Galway Bay. Sailors were towed out to the race course and racing commenced in a light breeze. The wind and waves built over the morning and allowed four races to be run in a building breeze that produced gusts of up to 20knts and good waves that the sailors revelled in. The Connaught champions for 2019 with three race wins were the crew of Ben Graf and Alexander Farrell of Lough Ree Yacht Club.