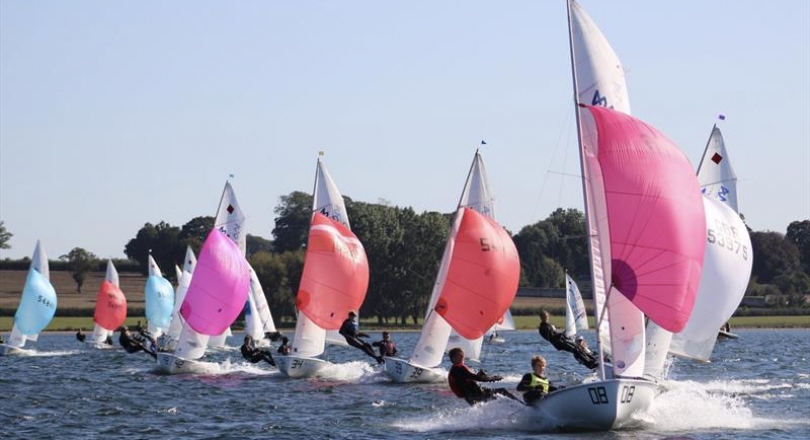 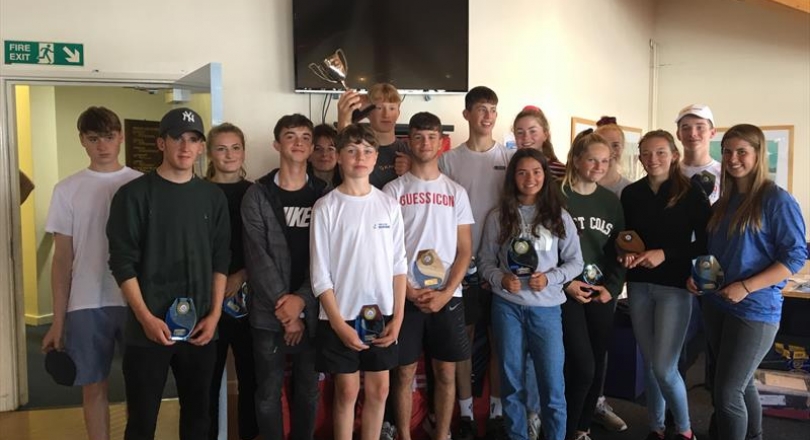 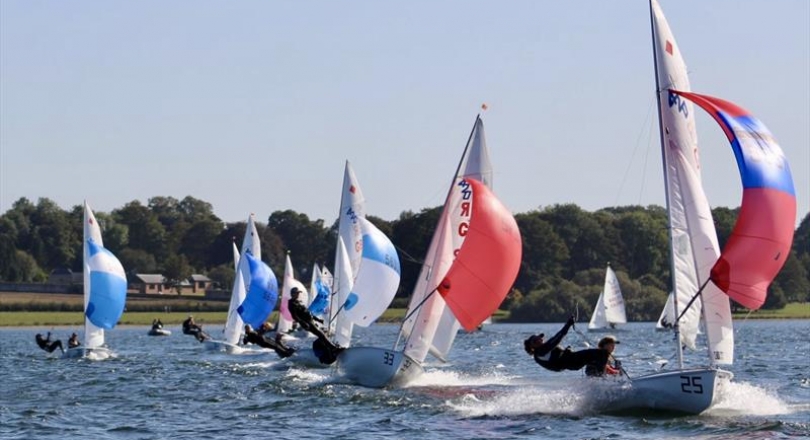 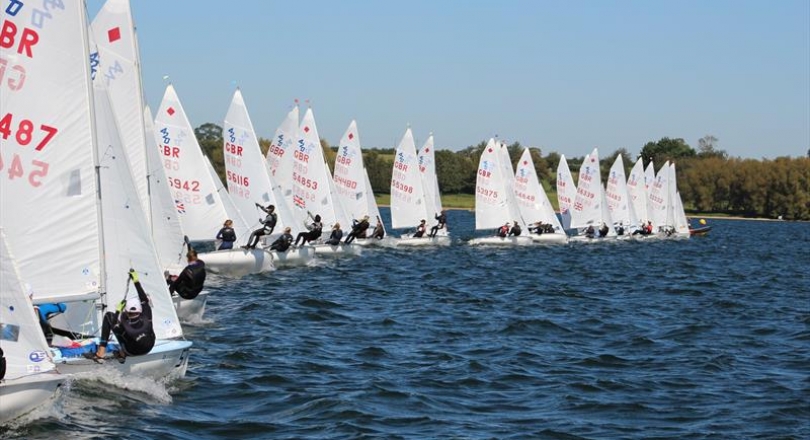 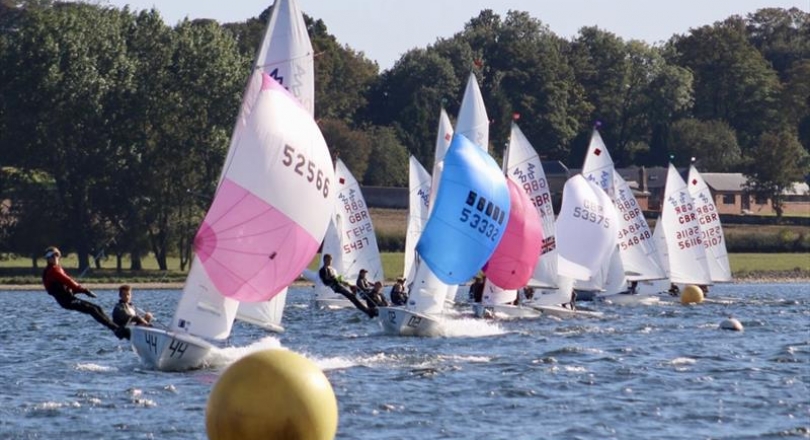 The weather wasn't particularly autumnal when the 420 fleet rolled up at Rutland Sailing Club for their Rooster sponsored Autumn Championships, with glorious sunshine and breeze across the lake promising some great sailing on Saturday.

This news belongs to
2019 British Autumn Championships
ALL EVENT INFORMATION

'Team Stog', aka World Sailing Race Officer Adrian Stoggall and his daughter Ella, were in charge of racing and, as might be expected, they kept the racing to time and provided good courses to ensure a decent mix of upwind and downwind legs. Race 1 got under way promptly and was won in convincing style by Haydn Sewell/William Heathcote with Jamie Cook/Will Martin in 2lnd place and new pairing Nick Evans/Ollie Meadowcroft in 3rd. Eleanor Keers/Faye Chatteron bounced back from an uncharacteristic 17th in race 1 to claim line honours in race 2, with Sewell/Heathcote in 2nd and Evans/Meadowcroft in 3rd.

Team Stog kept the turnover between races fast and race 3 saw Sewell/Heathcote once again first over the finish line, followed by Keers/Chatteron then Cook/Martin. Evans/Meadowcroft claimed 4th to put their new partnership very much on the radar. A Port and Starboard incident in race 4 saw them retire from that race, but another new partnership came to the line first - Dylan McPherson/Jack Lewis were followed home by Sewell/Heathcote, then Ellie Driver/Rose Edmonds.

Sunday morning saw the weather change with torrential rain followed by a prolonged period of 'will it won't it' wind, which decided that the wind was not going to play ball. A lengthy AP eventually gave way to AP over A the leaderboard was decided based on Saturday's four races, with victory to Haydn Sewell/William Heathcote, second to Eleanor Keers/Faye Chatteron and third to Jamie Cook/Will Martin. An early prize-giving got underway with prizes presented by Olympic medallist and VOR winner Ian Walker (GBR).