News 420 BOYS TITLE TO USA WITH A DAY TO SPARE, GIRLS WINNERS TO BE DECIDED ON FRIDAY 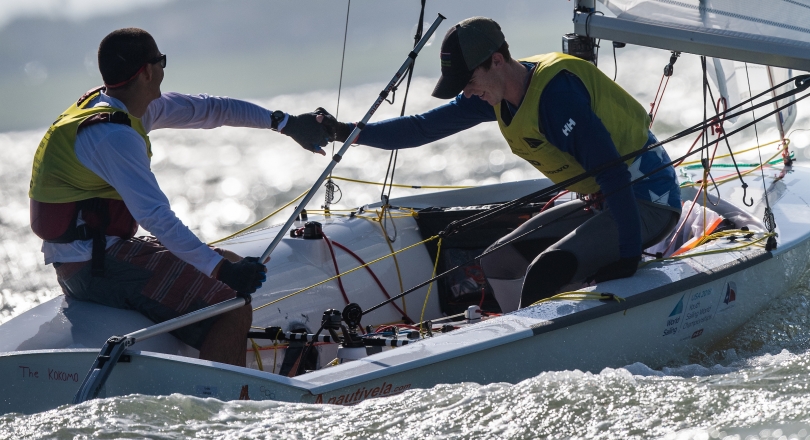 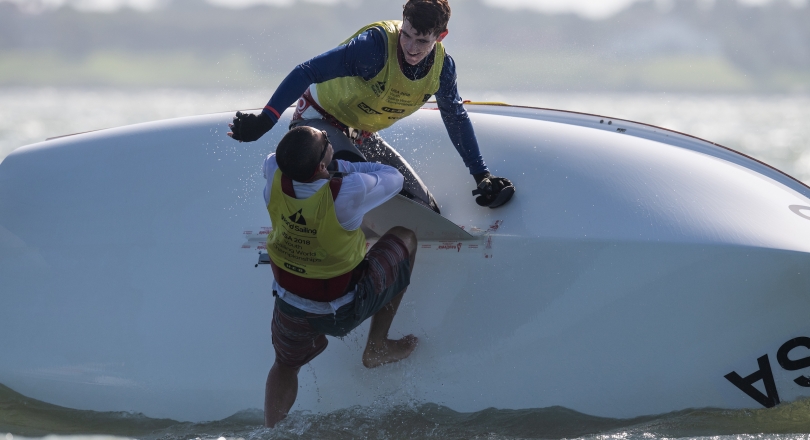 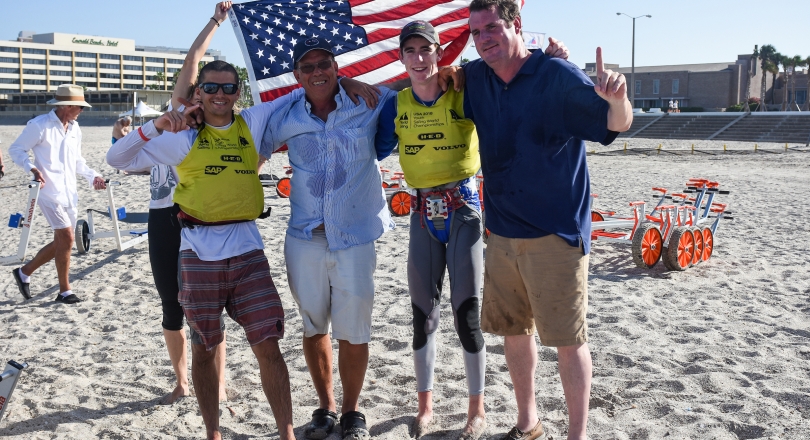 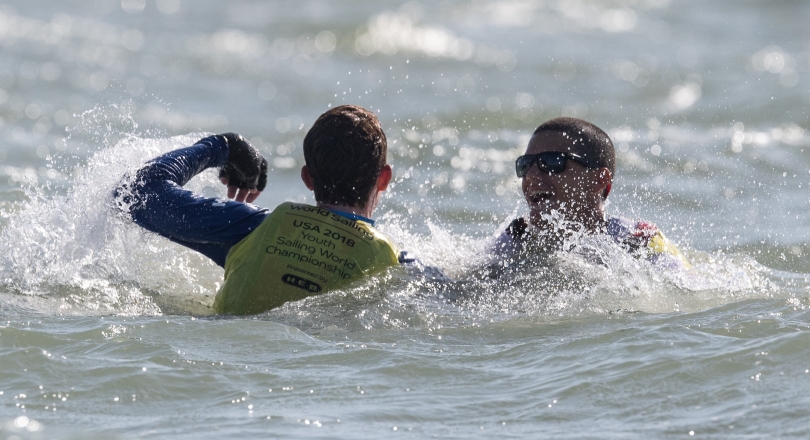 The Youth Worlds has become the pinnacle sailing event for teenagers aged 16-18. Past gold medalists have gone on to very successful careers in the upper echelons of the sport. Whether the 420 Boys gold medallists Joseph Hermus and Walter Henry (USA) (Boys' 420) follow in those footsteps remains to be seen, but for today they're reveling in the fact that they've won a gold medal at a world championships with one race to spare.

The American duo of JC Hermus's and Walter Henry' finished 1-5 today, and with the fifth-place finish becoming their discard they held the super low overall score of 10 points, good for an 11-point lead over last year's gold medalists Otto Henry and Rome Featherstone of Australia, who seem assured of winning silver.

"It feels great," said Henry. "Everything came together at this event. We've been sailing together for two years and have had lots of ups and downs, but it all paid off."

Hermus had to lose 18 pounds in the past month in order to weigh in for the regatta.

"Losing weight was the sacrifice," said Hermus, who's on leave from the U.S. Naval Academy. "I lost the weight through dieting and running. I guess the Navy helped a bit that way."

In the Girls' 420 Class Carmen and Emma Cowles are on the verge of winning their second consecutive gold medal. They won both races today and hold an 11-point lead over Vita Heathcote and Emilia Boyle of Great Britain.

Friday is the final day of competition in Corpus Christi where the remaining podium positions will be decided. Racing starts at 12:00 local time with one race scheduled per fleet. 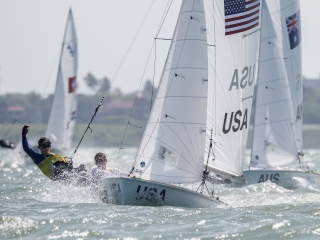 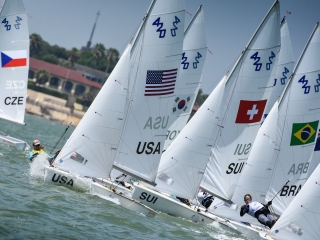 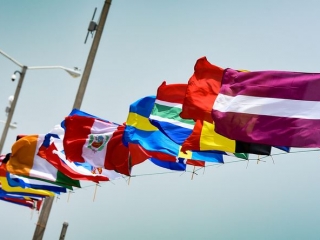 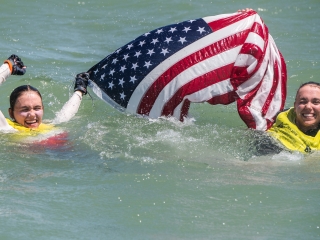