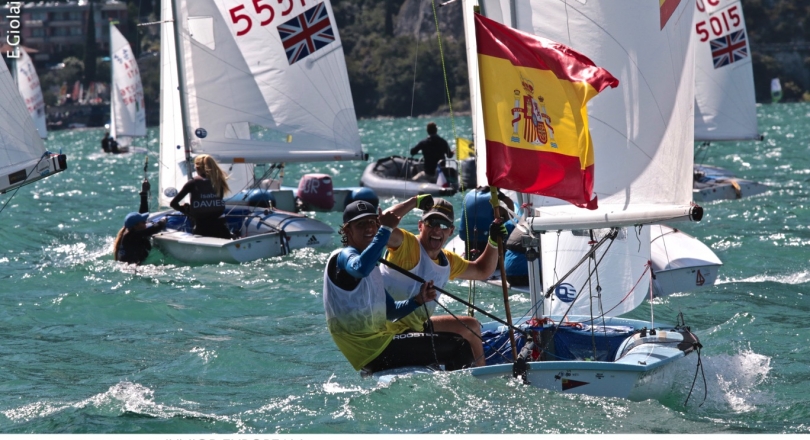 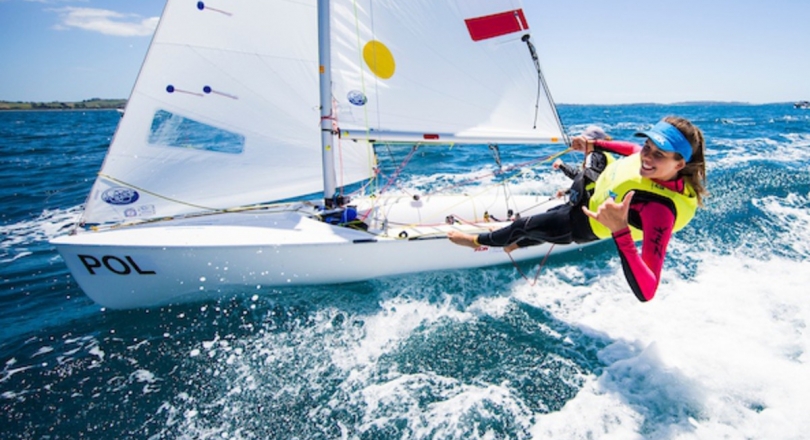 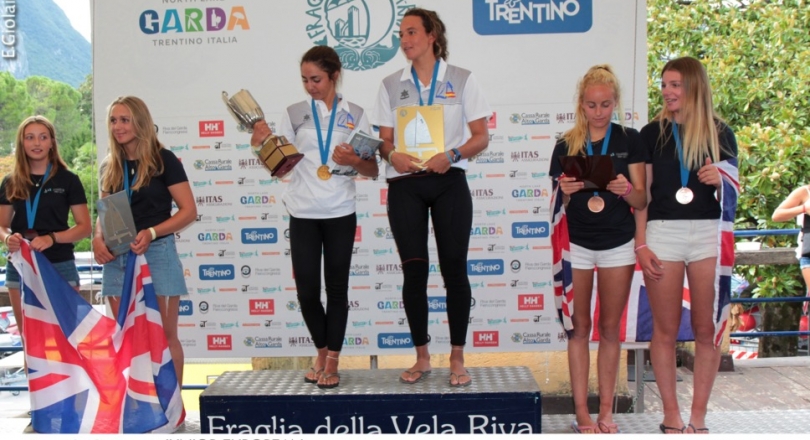 The 2017 Youth Sailing World Championships is fast approaching and as athletes begin to arrive in Sanya, China the expectation for the competition that lies ahead is building as the sailors weigh up their rivals.

With more than 380 sailors representing 62 nations, the pressure is beginning to build ahead of five days of racing. Sailors will have high hopes to make a name in the sport, following the pathway of some of the best sailors, who have also competed at the event. Regsitration gets underway on Saturday 9 December, with racing kicking off on Monday 11 December.

Some big names in sailing have attended and stepped up to the podium at the Youth Worlds before going onto Olympic appearances, including most recently in the #420Class sailors Jordi Xammar (ESP), Joan Herp (ESP), Linda Fahrni (SUI), Maja Siegenthaler (SUI), Lara Vadlau (AUT), Carrie Smith (AUS), Nadja Horwitz (CHI) - as well as numerous Olympic medallists in previous years.

A total of 98 skilled sailors will be competing in the 420 class and there is plenty of attention on both fleets as plenty of new faces will be seen in Sanya.

The Girl's 420 fleet will be seeing the return of the 2016 Youth Worlds gold medal winning crew Hana Dzik, who has partnered up with her sister, Barbara, at the helm. The pair finished 26th at the 420 Europeans this year, counting some front of fleet results, but since then there has been plenty of training added to their campaign.

Counting another year of experience to their partnership are the 2016 Youth Worlds Bronze winners, Violette Dorange and Camille Orion (FRA), who will be hoping to snap up Gold or Silver. They finished 4th overall at the 420 Europeans in Athens, with a string of top 10 results only blotted by two finishes mid-fleet and a BFD penalty. If they can maintain consistency, they are certain to be setting the pace around the track.

Fresh from their win at the British End of Season Championship are Hatty Morsley/Pippa Cropley - and they wrapped up the silver medal in the ladies fleet at the 420 Junior Europeans in July this year.

The USA's sisters, Carmen and Emma Cowles, delivered consistent racing at both of this summer's 420 Championships, finishing 21st in the open fleet at the 420 Junior Europeans, and 11th in the ladies fleet at the 420 Europeans - making them one of the highest placing teams this year, along with the British girls.

South Africa's Michaela Robinson/Elsje Dijkstra both competed at the 420 Europeans, but in separate teams racing with the experience of two of South Africa's top 470 sailors. This earned them valuable knowledge and will make them more assured under the fleet pressure.

Amongst the many teams holding National Championship titles are New Zealand's Xanthe Copeland/Annabel Cave who earned their title in March this year.

The 2017 Youth Worlds also welcomes last year's Canadian team of Georgia Lewin-La France and Madeline Gillis. The pair finished 12th last year, but have since benefited from training and events in Canada, including a #420Class training clinic, as well as winning the renowned CORK International Regatta. For sure we can predict a leaderboard upgrade in 2017.

All of last year's podium finishers in the 420 boys have moved on in their sailing careers, and every partnership has chosen the Olympic 470 Class as their steed of choice. So plenty of news faces in the Boy's 420 fleet - including several of this year's powerhouse teams.

Edoardo Ferraro and Francesco Orlando (ITA), who finished fifth in the 2016 event, will be returning and have their eyes firmly set on the podium. This Italian partnership has huge depth of international experience, winning the U17 Worlds in 2015, wrapping up silver at the 420 Europeans and bronze at the 2017 420 Junior Europeans, as well as multiple Italian titles.

Hunting them down though will be Spain's Carlos Balaguer/Antoni Massanet, the reigning Junior Europeans Champions who took glory on Lake Garda in August this year. The Spanish success story won the Junior Europeans having led the Championship fromthe start, and went out with a bang winning gold with a race to spare, as well as racking up a phenomenal 37 point lead.

Tal Sade/Noam Homri from Israel have performed at the front so far this year, picking up the bronze medal at the 420 Europeans and 9th at the 420 Junior Europeans. On a par with the Israelis, are Turkey's Rasim Yasar/Atil Api who finished 13th and 5th at the same events. Also more than capable of front of fleet appearances are Poland's Seweryn Wysokinski/Mateusz Jankowski, who were racing out front during the first half of the Junior Europeans, before the pressure seemed to hit them and they struggled to maintain form. That was four months ago, and if the Polish pair can maintain their nerve from start to finish could well knock out a front of fleet outcome.

Always a force to be reckoned with is the young talent from Japan. This year features Shinnosue Hachisuka, who won the JSAF Junior-Youth Sailing Championship in May this year and last month finished second at Enoshima Olympic Week, who is racing with Benkei Kano.

Other racers making a return to the Youth Worlds line-up include two brothers from Uruguay, Nicolas Radovitzky and Martin Radovitzky, as well as Patrick Wilson and Arie Moffat (CAN), will also be eyeing up a chance of finishing higher on the leader board. 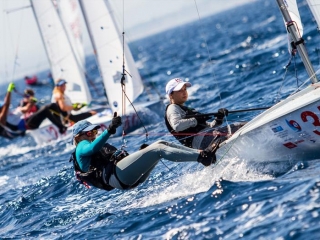 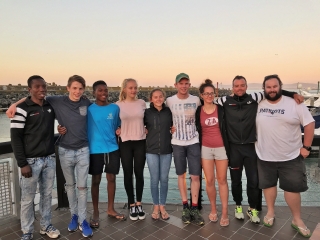 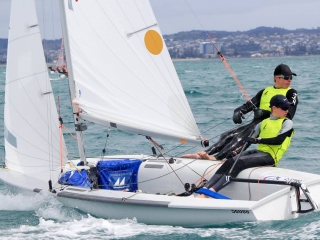 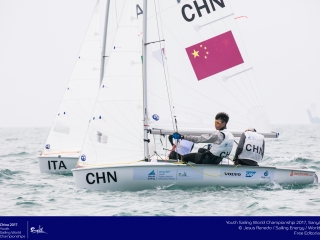 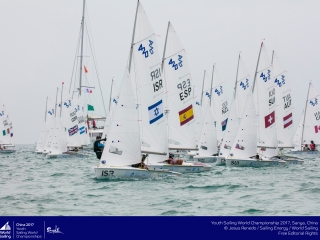 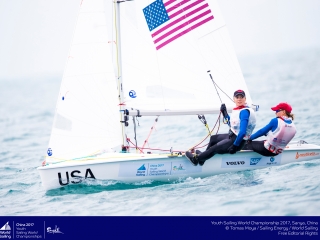 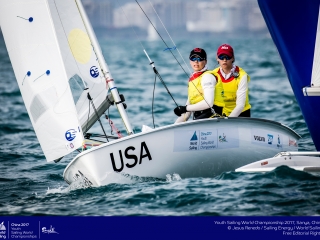 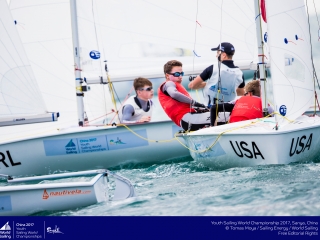 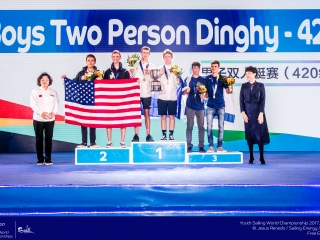 YOUTH WORLDS GOLD MEDALS TO THE USA AND AUSTRALIA