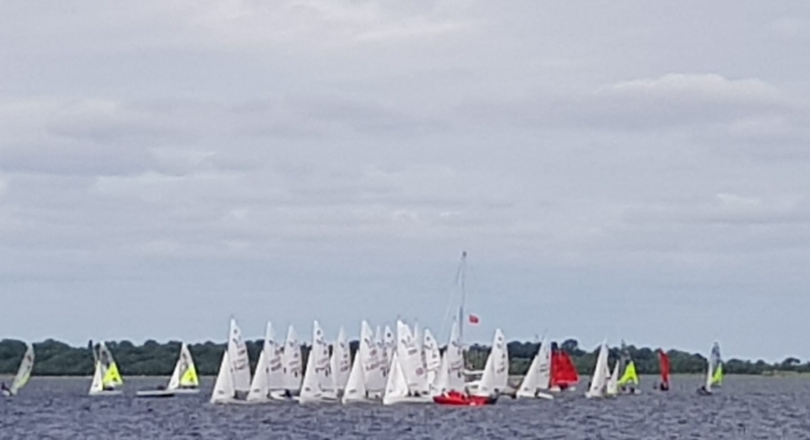 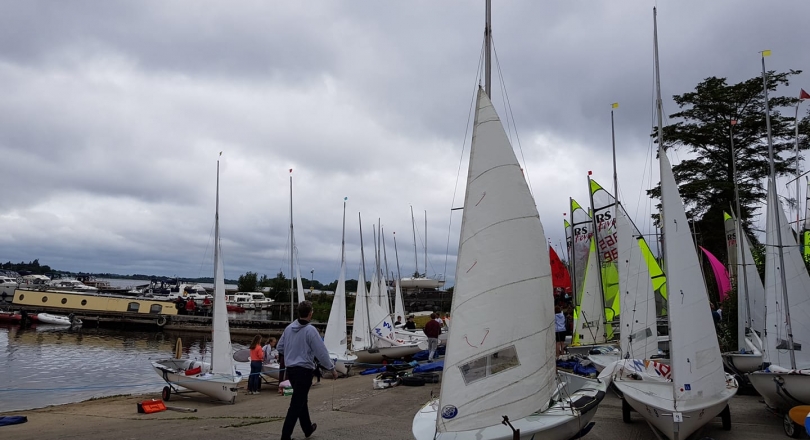 420 Girl crews claimed the top three places at the Connaught Regional Championships that took place over the weekend of 20-21 July 2018 as part of the Double Ree initiative at Lough Ree Yacht Club.

Race Officer David Dickson did a magnificent job in running four double handed classes for a series of seven races, each in testing conditions across the two days.

Racing on the Saturday was in light patchy winds that also produced large shifts. Gemma Mc Dowell and Emma Gallagher produced three bullets in the first three races followed by a fourth place to hold the overnight lead over local sailors Ben Graf and Alexander Farrell. Tied overnight for third place were Grace O’Beirne/Katherine Kelly and Nicola/Fiona Ferguson. Sunday brought more stable winds and two bullets for the Grace O’Beirne/Katherine Kelly crew, enough to lift them up to second place overall and just behind the Malahide Yacht Club pairing of Gemma Mc Dowell and Emma Gallagher. Nicola/Fiona Ferguson produced a bullet in the last race to secure third place overall. Results for both the Gold and Silver fleets are listed below, prize winners came from six separate clubs in a fleet representing nine clubs.

Next up for the 420s will be the National Championships hosted by Howth Yacht Club over the bank holiday weekend of the 4-6 August, an event that is attracting interest from crews across the water in the UK to participate.

Lough Ree Yacht Club, Commodore Garreth Leech and the team of numerous volunteers are to be congratulated on the excellent initiative of running a double handed regatta to promote double handed sailing for youth sailors. Organisation on and off the water was excellent, and with many families camping on land or using floating accommodation in the harbour, it all made for a very social evening on the Saturday at the clubhouse.