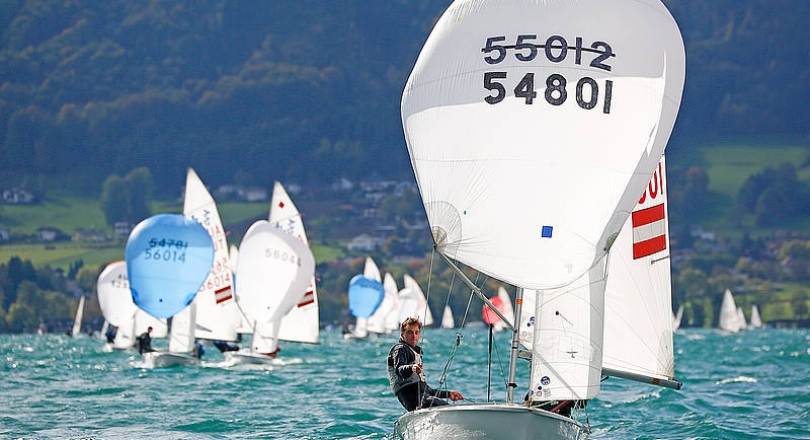 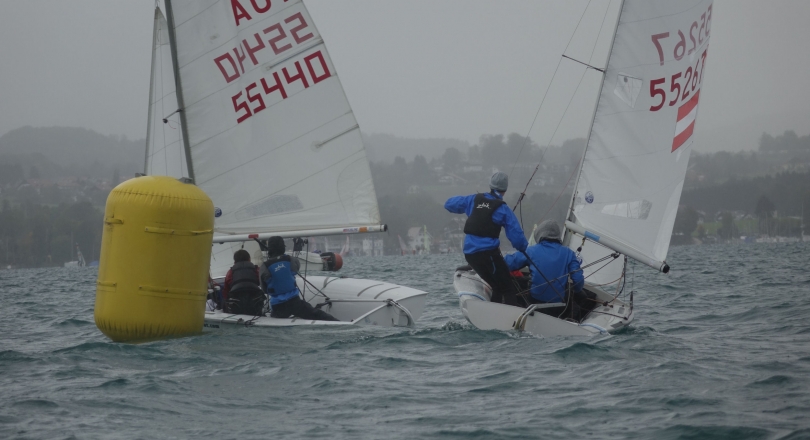 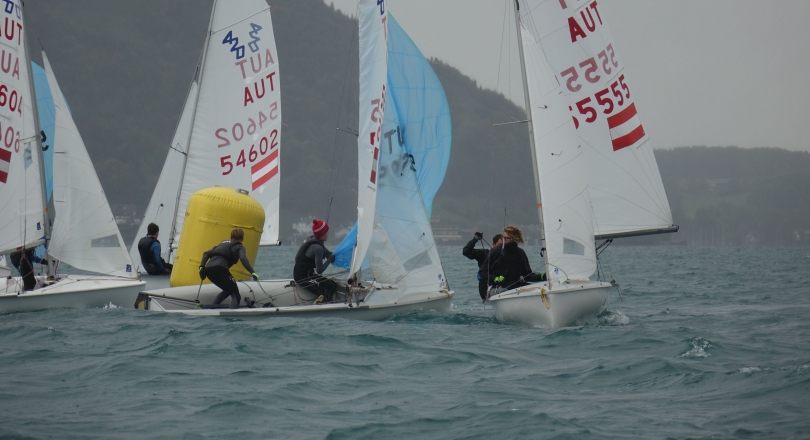 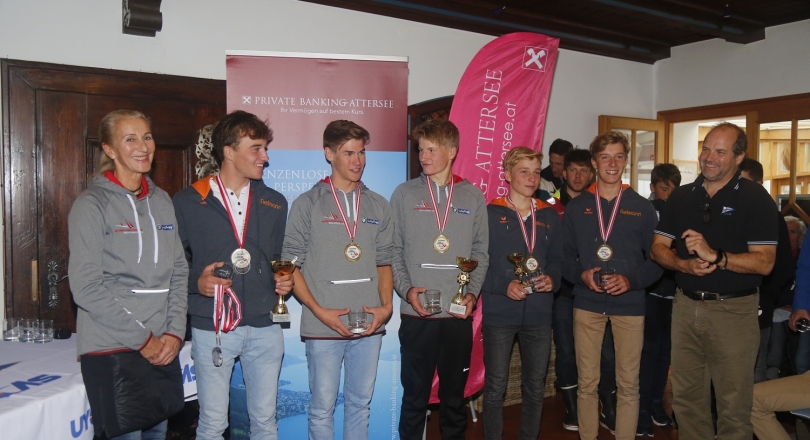 In the traditional Austrian Dinghy Season closing, the end of the racing season was celebrated with the Austrian 420 Youth Championship on Lake Atttersee.

Light winds forced the original Championship at the end of August on Lake Neusiedlersee to be rescheduled.

So, thirty-two of Austria’s 420 talent took to the race track on Lake Attersee from 6-8 October 2017, which at 500 metres high is right up in the snowfall range. Extreme conditions, wind and cold made it difficult for teams who contested the 8 race series under a snow-capped Hellengebirge.  By Sunday afternoon, the temperature was a bracing 7 degrees!

Victory to Yannis Saje/ Lukas Haberl, who scored four race wins and and all finishes inside the top four, to finish on 13 points,  a mighty 15 points ahead of second placed Florian Gföllner/David Schuh. Third to Leopold Lang/ Jacob Johann Mayr.

Owning the title of Austrian National Champion, aided by their  silver in the Austrian Youth Championships were Florian Gföllner/David Schuh.