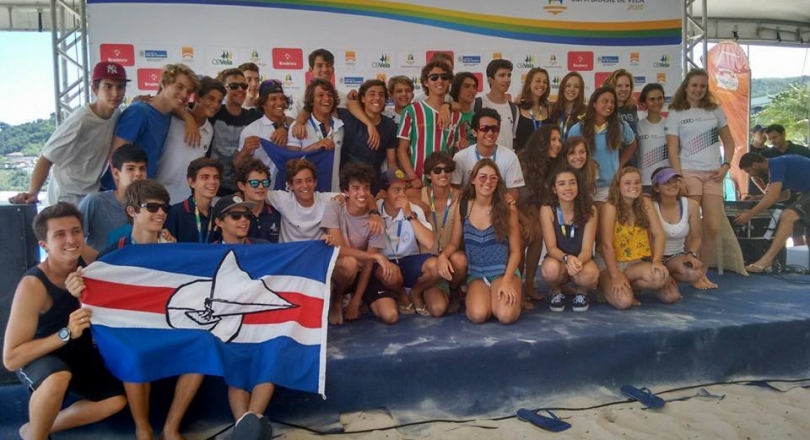 Andre Fiuza/Marcelo Peek dominated the leaderboard from day 1 at the Copa Brasil de Vela, held on the same waters off Rio de Janeiro which will be used for the 2016 Olympic Sailing Competition.

Continuity was the name of the game, with the pair claiming three wins from the 10 race series, and counting an eighth as their worst score.

Sitting 9 points behind in second wereTiago Brito/Pedro Zonta, with Pedro Correa/Fabio Galvanese in third. Sixteen 420 teams contested the Copa Brasil de Vela, racing in an open fleet from 15-19 December 2015. Racing for the youth classes was held alongside the Olympic Classes, featuring many of the world's top stars.

Serving as a bit of a warm up for their next challenge, the ISAF Youth Worlds in Malaysia, 4th placed Leondardo Lombardi/Rodrigo Luz and the 9th placed pairing of Clara Penteado/Marina Rittscher will soon be flying their nation’s flag on the start line at the world’s premier youth event in the 420 boys and 420 girls respectively. Racing at the ISAF Youth Worlds gets underway on 29 December 2015.