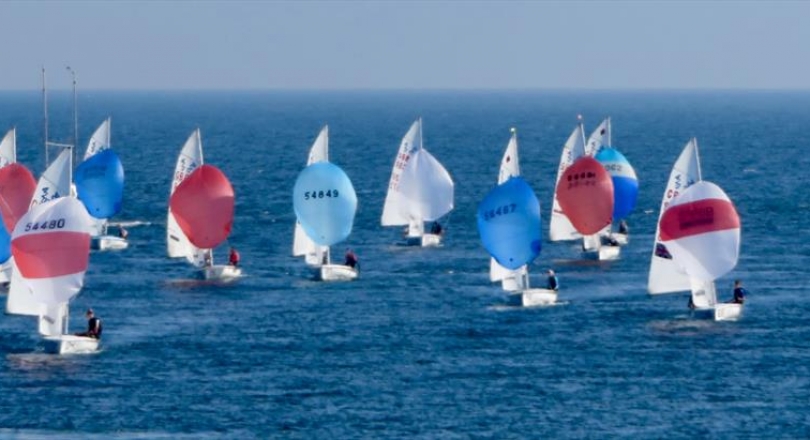 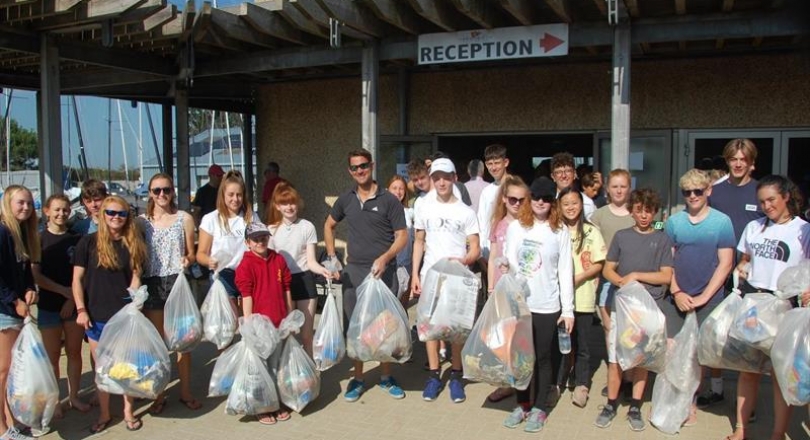 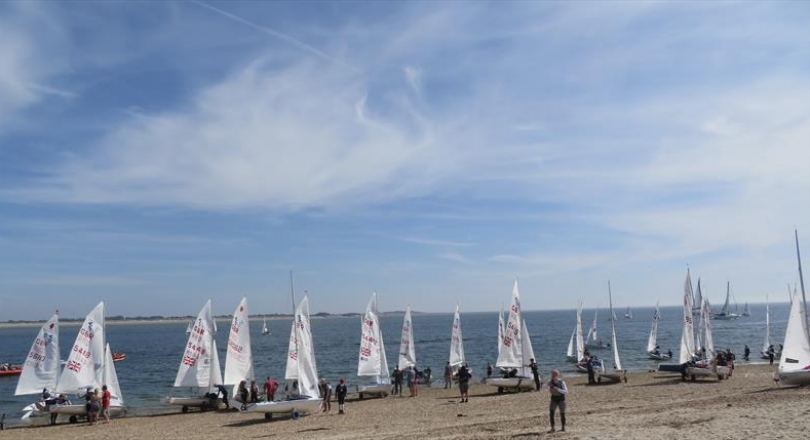 The final day of the 2019 Rooster sponsored British 420 National Championship saw a light breeze at 0800 fall away to nothing at the time racing was due to start.

PRO Zeb Elliott got AP hoisted quickly and we waited... and waited... and some went swimming, and others listened to music and everyone agreed that it was very hot and the lack of a sea breeze was quite bothersome! Seats in the shady areas of the balcony at HISC were in much demand!

Eventually it seemed that there was going to be enough wind to get the final 2 races in and a scramble ensued to get launched and out to the race course.

Thankfully the wind for the sail out was good. Sadly the wind 'on the race track' decided not to play ball, veering from side to side each time it looked like a line and course could be set. Finally, with just minutes before the possible last warning signal for a start, the PRO decided to call it a day and the fleet came back ashore with a fantastic display of colourful spinnakers bringing to an end the racing.

With no racing on this final day the results at the end of day three stood.

The class rules clearly state that to win prizes, or hold titles the sailors must be full members of the class association and those who had not paid full membership were therefore removed from the prizes. The skill and sailing ability shown by Martin Wrigley and Marcus Tressler was acknowledged by Class Sailing Secretary Karen Ferguson and they received a round of applause from the assembled sailors and supporters.

The buddy prize went to 'Pea and Ham', Freddie and Jack Parkin, Ellie Clark and Daisy Desorgher. The Special Award for Endeavour went to Nick Evans and Josh Lyttle, sailing in their first championships and steadily moving up the fleet through the event.