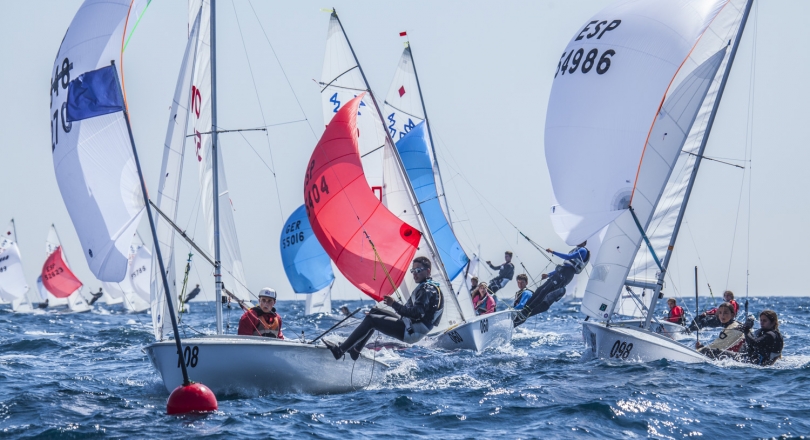 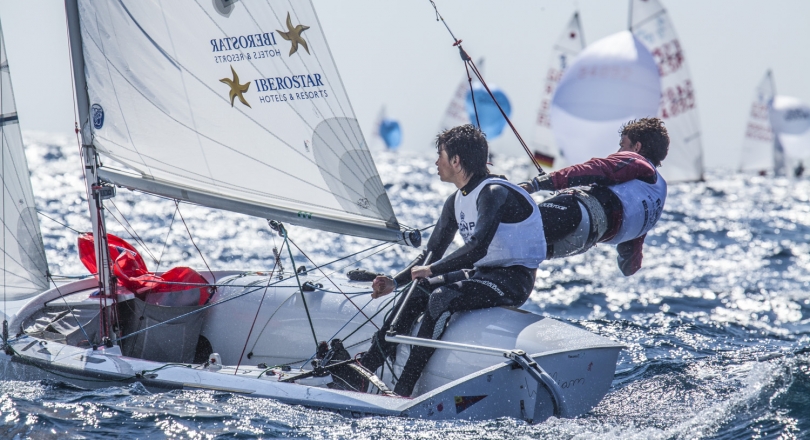 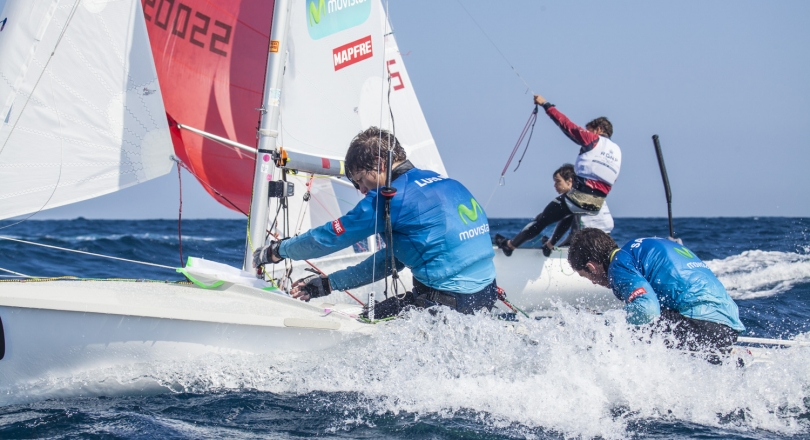 Closing in on Spanish 420 Championship Title

With 6 races down in the series, Marc Lladó/Javi González have their hands on the 420 Open National Championship title by a 6 point advantage, with Maria Bover/Clara Llabres holding control of the Ladies title.

Hosted at Nautic Club Balís, the Spanish National Championship has attracted ninety-eight 420 teams from across Spain, joined by teams from Austria, Germany and Portugal. But so far, it is sailors from Mallorca who are dominating, in both the male and female categories. With six races now completed in the qualification series, from Friday and Saturday's racing the fleet will be split into gold and silver for the final series.

An intense day on the water with three races in a south-westerly breeze, opened around 8-9 knots increasing to gusts of 16 knots at the end of the day.

As well as the overall Spanish 420 National Championship in male and female, prizes will also be awarded in under-19 and under-17 divisions. You can follow the racing action on the Championship website. 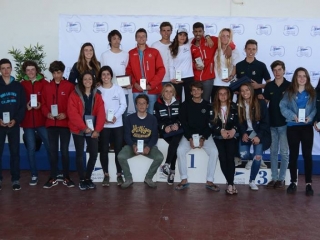