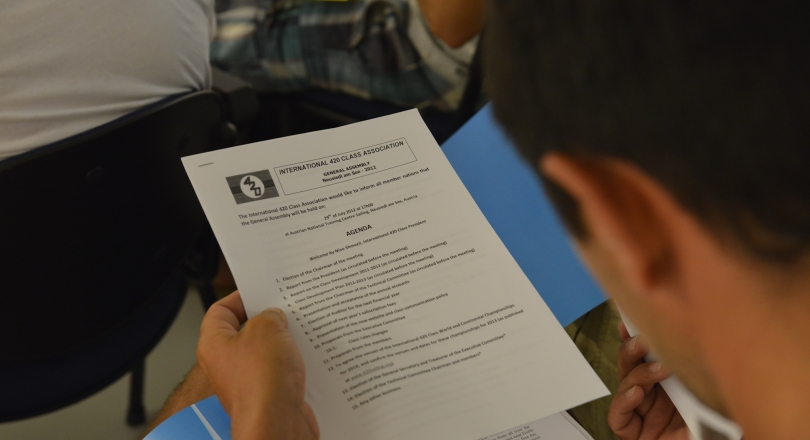 Saturday 18 July 2015 is the second day of measurement and equipment inpsection.

All National 420 Class Association are entitled to make submissions and proposals to the General Assembly Meeting and put forward bids for future 420 Championships.

Bid for a 420 Championship
Bids for the 2017 420 World and Ladies World Championships will be considered at the 2015 420 General Assembly.Bidding Information is at:  www.420sailing.org/content/bid-for-a-championship

Please note that in accordance with Constitution Clause 13.1: 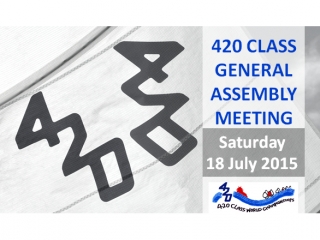 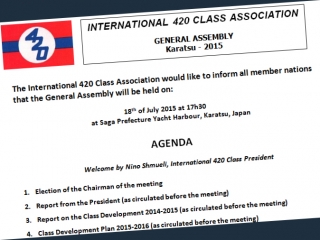