News From Sailor to Sailing Official - The Opportunities are there for you ... 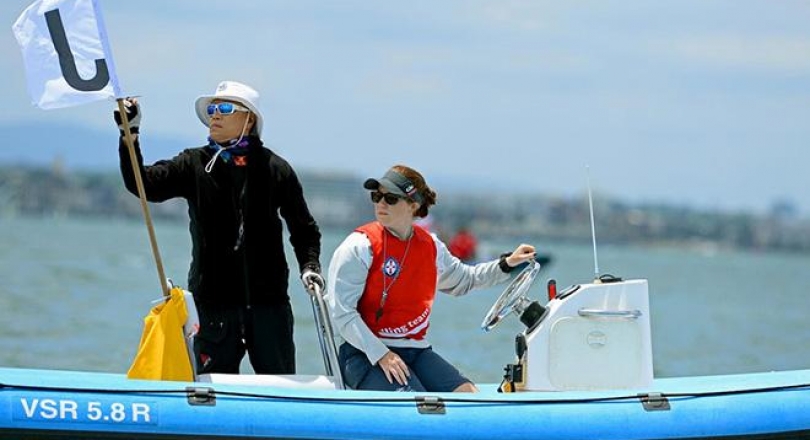 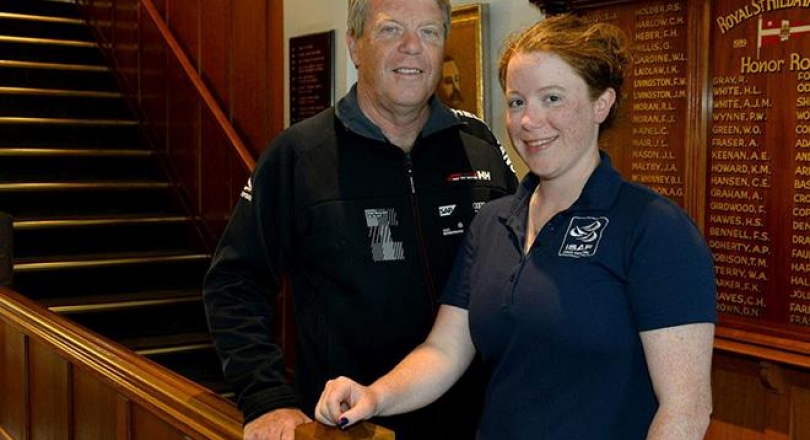 From Sailor to Sailing Official - The Opportunities are there for you ...

A former 420 Sailor, Danielle Watkins’ father likes to remind her she had her first sail before she was born. “Yeah…thanks dad,” she says of his unsavoury reference.

World Sailing’s youngest female International Judge (IJ) is one of a panel of 12 judges representing a mix of countries onsite at St Kilda for the seventh annual Sailing World Cup Melbourne. The International Jury decides on outcomes of on-water incidents and there are currently 370 IJ's in the world with international juror status.

Watkins, a speech pathologist at a Melbourne school for students with disabilities, sat on her first protest panel at 16, gained national accreditation at 21 and reached the preeminent status of IJ at 24.

Her father Paul Pascoe says Danielle came to be a juror by osmosis; the first IJ jury he sat on at the Hobie world championship in California she was a mere three months - old. “I dragged her around the world and she’d play with blocks in the corner quietly. She was never intimidated by adult jurors.”

“Dad is my ‘phone a friend’,” Watkins nods. “From when I was little he’d come home after an interesting protest and we’d get out the boats on the dining table and talk through cases, and we still do that.”

Watkins had plenty of childhood dinghy experience in the Sabot, 420 and Laser class. As a teenager she realised she didn’t have the drive to be hugely competitive but loved attending the large international regattas. At this point she thought umpiring might be her calling.

Pascoe planted the seed early then when he couldn’t take a late call-up to be on the jury at a Laser World Championship in Scotland he recommended Danielle for her first international regatta. Now her name’s on the consideration list for the Rio 2016 Paralympic Sailing Competition and given her passion for working in the disability area the Paras are definitely a career box she’d like to tick.

Watkins says she brings a different conflict resolution style and empathy to a protest panel. “Some people get excited that a young woman is involved with the panel and really try to help, others haven’t treated my opinion as valid. I’ve found the best way is to remind anyone who is worked up that we are doing our best, and to empathise. Some judges are big and authoritative, with my size I have to get around it a different way.”

Pascoe said he and Danielle usually avoid sitting on panels together at major events, to maintain the requisite for five independent thinkers. Knowing what he knows of her as a parent and fellow IJ he says she brings a very logical thought process and calmness to the job.

“Danielle has travelled a lot and understands different cultures, and she’s fluent in Spanish which is helpful for the overseas jobs. When she first started as a judge I was concerned about some angry 50 year-old challenging her, but now I don’t worry.

“I didn’t push her to be a judge. I gave her some contacts and advice when she was starting out to contact the smaller class associations and in fact the Royal Melbourne Yacht Squadron for their Australian Women’s Keelboat Regatta. They took a leap of faith and put her on panel at 18, after that she was off and running.”

Find out more about becoming an ISAF Race Official at www.sailing.org/officials 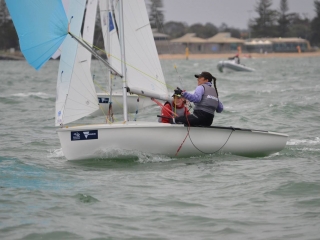