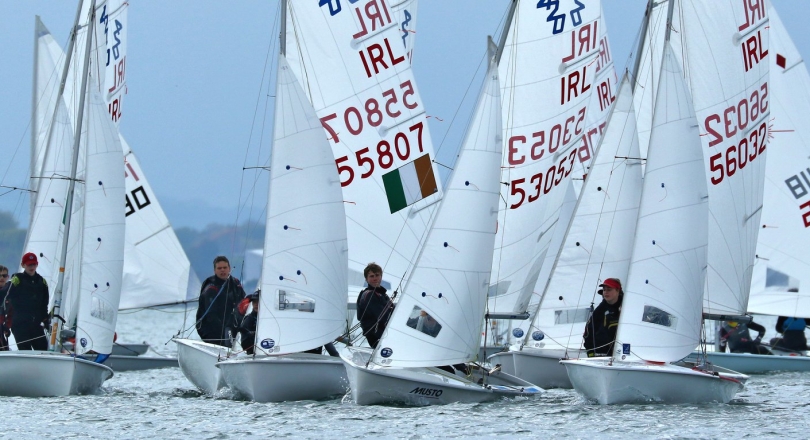 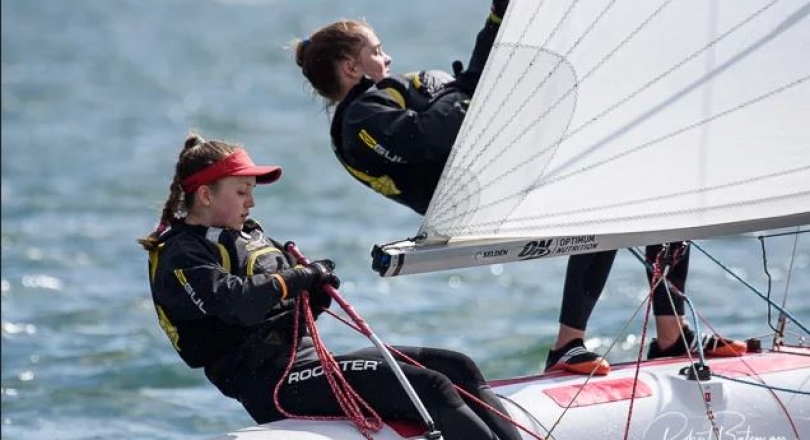 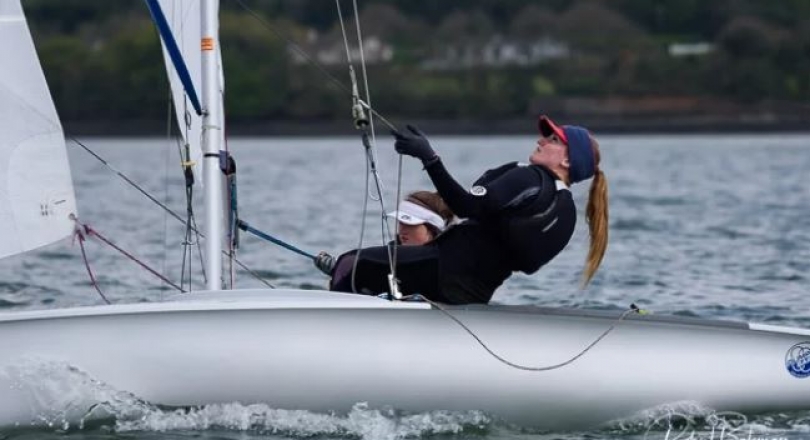 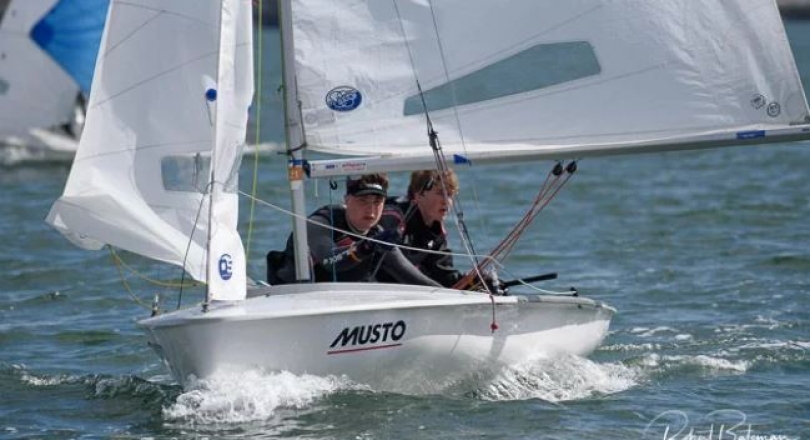 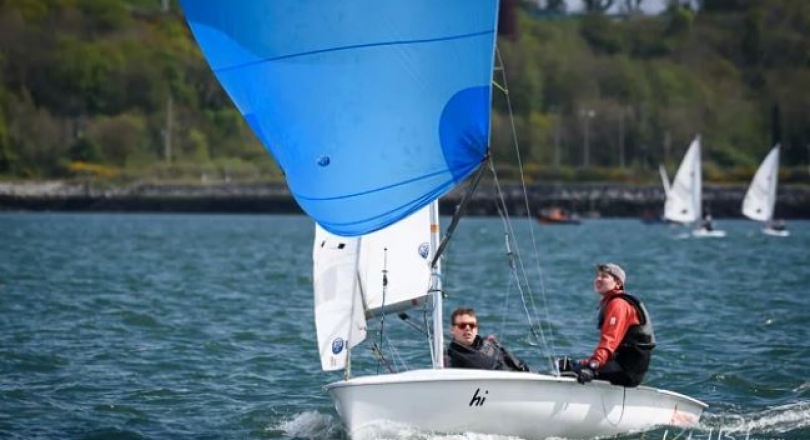 Thursday was certainly the calm before the arrival of Storm Hanna and three races were completed in light and fickle conditions. Friday dawned with raceable conditions in the morning but the oncoming storm would have provided little opportunity to get on the water and over to the race area and back again before the onset of the strong winds around lunchtime thereby forcing the cancellation of racing. Saturday looked as if it would provide perfect 420 sailing conditions in the strong breeze at the tail end of the storm but a long postponement eventually saw racing eventually cancelled late in the afternoon.

Sunday dawned with fog and no wind, but the fleet launched at 0830 hours in the morning to head out to the race course and they were eventually rewarded with a modest breeze in bright sunshine. The Ferguson sisters from the National Yacht Club provided consistency over the two days of racing with five race wins to retain the title again this year after their win in Dun Laoghaire in 2018. In second place with two race wins were another female crew of Lucy Kane/Emma Gallagher followed by Morgan Lyttle/Patrick White in third position.

Royal Cork Yacht Club and their team of volunteers and race officals are to be congratulated on running a magnificent event under testing weather conditions.