News GIVE YOUR SUPPORT TO THE BIG PLASTIC PLEDGE 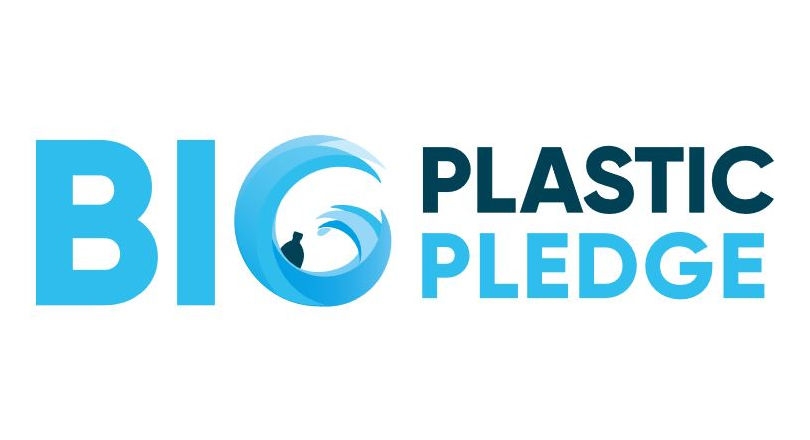 GIVE YOUR SUPPORT TO THE BIG PLASTIC PLEDGE

420 Class alumni and two-tme Olympic medallist in the 470, Hannah Mills, has launched the Big Plastic Pledge, harnessing the reach of sport to inspire millions to reduce their plastic usage.

Hannah Mills has launched the Big Plastic Pledge (BPP), a campaign which aims to tackle the overwhelming crisis of global overindulgence in single-use plastics. In 2016, while competing in the Rio Olympics, Hannah sailed through densely polluted waters, and was struck by seeing the magnitude of the problem first hand. In a recent interview, Mills emphasised that winning Gold in Rio was one of the most ‘pivotal points’ in her career, ‘yet equally, it highlighted just how much damage had been done to the ocean.’

The Big Plastic Pledge is backed by the International Olympic Committee, for which Mills is also a sustainability ambassador. Mills revealed that despite the organisation’s global reach, theres only a handful of sporting personalities promoting environmental action under an ambassador title amongst the Olympic community. Discussing how her journey with the IOC began, Hannah said, "I was talking to World Sailing and saw what they were doing, I saw what we could do together and we started thinking about how to take action. I got invited to an IOC conference back in November as this whole Big Plastic Pledge idea was developing. I talked about athletes roles and what we can do collectively.

"I believe through sport, we can change the fate of our planet. Sport is what I know, sport is a leader in innovation and almost everyone on the planet has been touched in some way by sport.

"Sport has the power to cross boundaries, unite people and make change unlike anything else. We have seen these positive eﬀects throughout our history. Sport has been used to unite people for so many diﬀerent things. From politics to religion as well as for raising awareness of physical and mental disabilities. Now, through the Big Plastic Pledge, I want to unite the sporting world to help tackle single-use plastics in sport."

Since the Rio 2016 Olympic Games, Mills and new 470 partner Eilidh McIntyre have looked at ways to reduce their use of single-use plastic before she became a sustainability ambassador with the IOC. Together they have launched a plastic initiative, asking athletes to commit to a minimum of three pledges from a list that includes using only reusable bottles, cups, lunchboxes and utensils, and also metal straws.

"The goal is for other athletes to join me on this shared vision of trying to eradicate single-use plastic in sport," Mills added. "For me, this could work if we are one voice united on this problem.

"Competing at Tokyo 2020 and winning a gold medal there is my number one focus, but alongside that I'm so passionate about this project and what we can achieve."

Other pledges include not using single-use shopping bags, thinking about what you can recycle and being part of a beach clean-up.

The campaign invites athletes, fans and weekend warriors to pledge to reduce their plastic consumption in a minimum of three areas, including investing in a reusable water bottle, refusing plastic straws or declining single-use carrier bags. 50 per cent of plastic production becomes single-use plastics, and through harnessing the reach of sport, Mills and her team will promote the imminent importance of making sustainable swaps.

It’s simple, head to the website! Find out more and make your pledge at bigplasticpledge.com