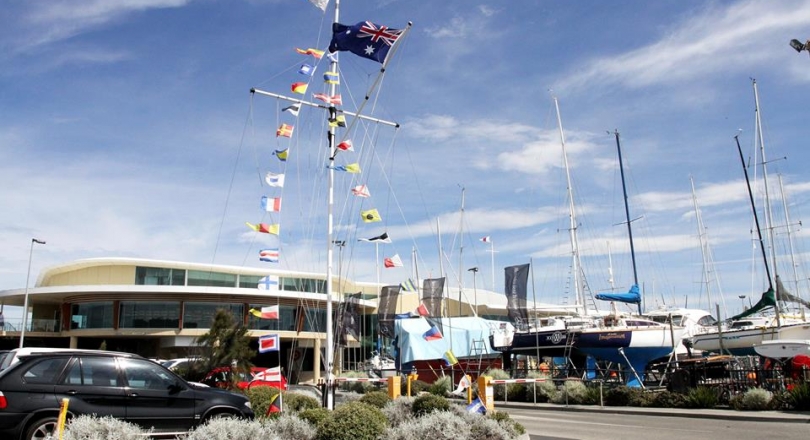 JAMES HACKETT/ETHAN OBRIEN STRIKE OUT TO WIN AT SAIL SANDY

Four races over what turnedout to be 1 day at the annual Sail Sandy Regatta, 15-16 October, hosted at Sandringham Yacht Club, Australia saw James Hackett/Ethan Obrien some out victorious on their 420 named “Balance”.

This news belongs to
2016 Sail Sandy
ALL EVENT INFORMATION

A slow start for racing, but blow-out due to extreme weather conditions, saw day one of the 2016 Sail Sandy regatta cancelled due to high winds exceeding 35 knots on on Port Phillip Bay, keeping sailors across sixteen classes ashore.

Day two seemed to begin where Saturday left off, with all racing postponed due to a gale warning. After a few hours, the Race Committee got word that the breeze would dissipate and racing would take place; all competitors were kept on shore until 1100 hours when this change began to take plac

With the breeze at a sailable 20 knots from the north-east all Classes were released from shore and with a regatta time limit of 1600 hours, the Race Committee had the great task of completing enough races to constitute a regatta, with 3 being the magic number. So each course was reduced to a minimum number of laps to shorten the length and race duration.

The breeze eased further and shifted, keeping all competitors ‘on their toes’, and as it turned out, the 420 fleet crammed in four races. With every race counting, the pressure was on.

A tidy scoreline of two wins and two second places put James Hackett/Ethan Obrien on top by 2 points ahead of Nick Joel and crew. Third and top girls team were Laura Harding/Eleanor Grimshaw.