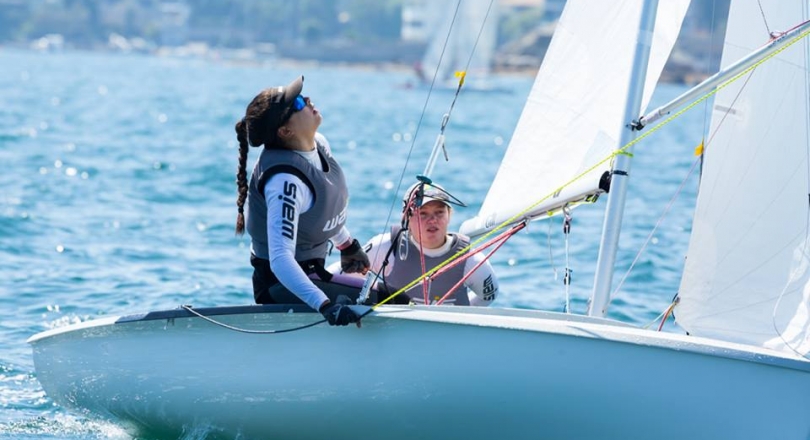 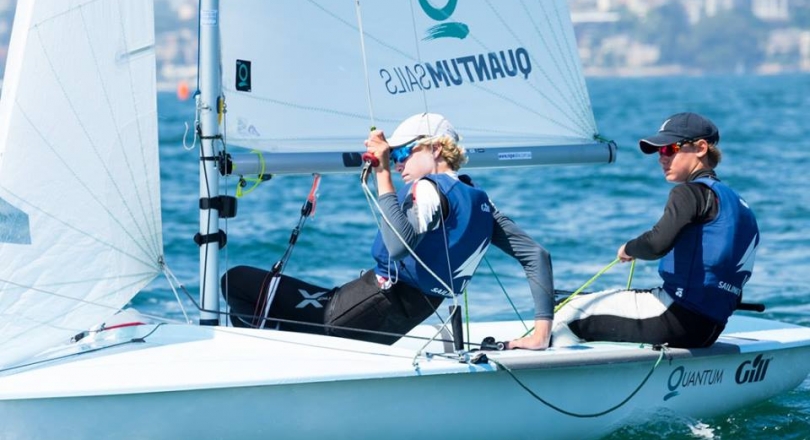 Interstate teams gave the locals a whooping was the simple scoreboard on the final day of Sail Sydney on Saturday 19 December.

This news belongs to
2015 Sail Sydney
ALL EVENT INFORMATION

West Australian crew of Nia Jerwood/Lisa Smith easily beat two Victorian boys teams with a huge 19 point gap back to second place occupied by Victorian Institute of Sport sailors Nicholas Sharman/James Grogan. Third were the Victorian Sailing Team’s Nick Joel/Hugo Llewelyn. A 10 race series was contested with Jerwood/Smith only once finishing outside the top three, a 4th which was discarded.

“Back home we have a lot of great coaches,” Jerwood said of the fact WA medalled more than any other Australian state across all classes at Sail Sydney. Lisa Smith added, “It was really different to what we have at home, there were so many boats especially being Saturday…. everyone seemed to be out! It gave us some challenging conditions, something new which was good practice coming up to the Youth Worlds in Malaysia.”

The pair won Sail Sydney straight off the back of victory at Sail Mebourne and will be confident as they now make their second appearance at the ISAF Youth Worlds in Malaysia. In 2014, the pair finished 9th and are certain to upgrade that position this year.

Bronze medal skipper Joel said, “We just came from the Melbourne World Cup with a day off in between then went into a training camp then straight into this regatta. We go home for Christmas then back up for nationals and youths championships; it’s a pretty full on summer of sailing.”

Joel already has his sailing future mapped out. “Ultimately I’d like to end up in the America’s Cup. It’s my dream to get to that level.”