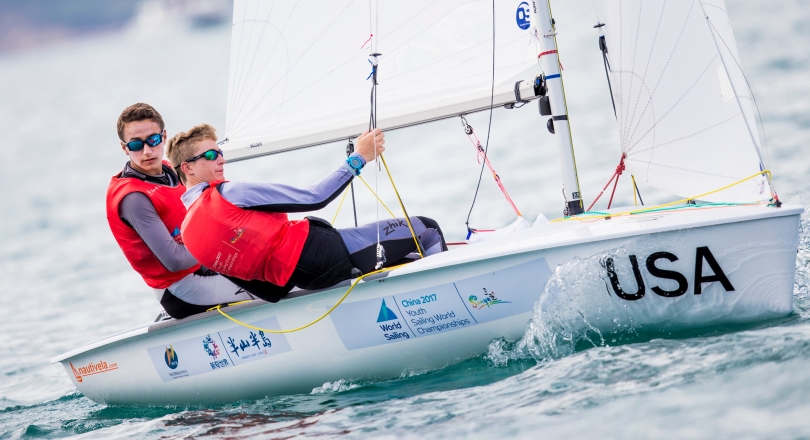 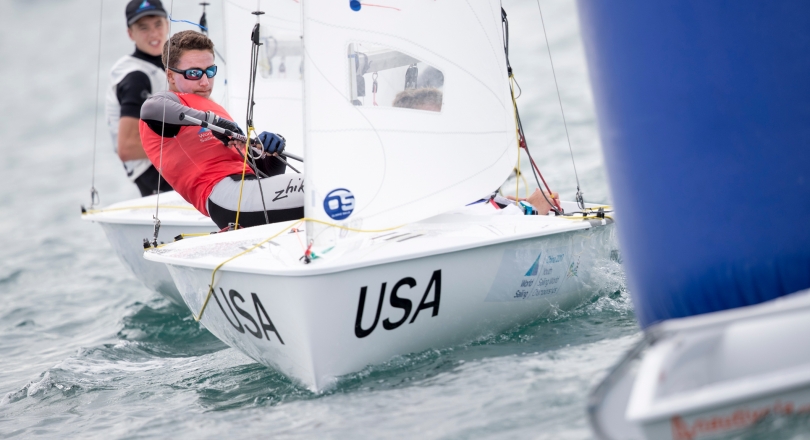 While much of the country was frozen solid, 37 boats closed out the year enjoying four days of great sailing on sunny and warm Biscayne Bay in Miami at the 2017 US Nationals held within the annual Open Orange Bowl Regatta, from 26-30 December.

Congratulations to Tom Rice/Trevor Bornarth who won the 11-race Championship with a solid performance, including 4 bullets and no keeper race worse than 5th. A great results after returning from the Youth Sailing World Championships with the silver medal.

The battle for the podium was tight between the 2nd through 4th boats, with JC Hermus/Walter Henry coming out on top with the 2nd. And the Thompson sisters, Payton and Tory, taking 3rd place spot as well as top women's boat.

Also competing were the recently crowned Youth Sailing World Champions Emma Cowles/Carmen Cowles, although they were taking things easy after their stunning victory in China and despite taking out two wins and a string of results, couldn't maintain their consistency, finishing 6th overall.