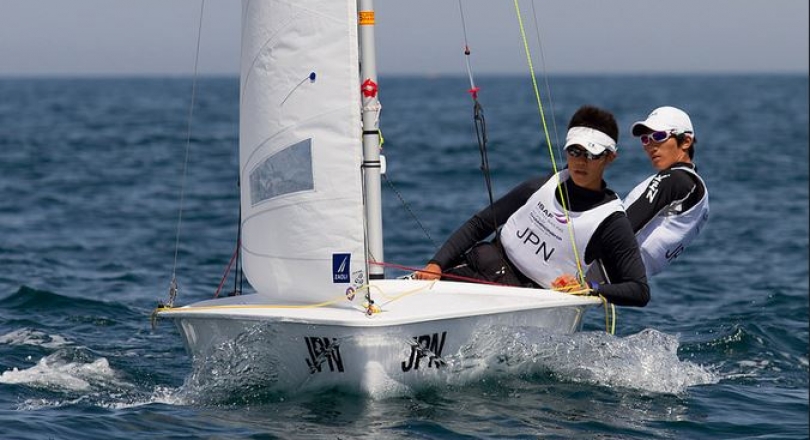 The breeze came in late in the day and the first start came at 16:01 local time before the final competitors reached the shore at 21:00.

A light yet consistent westerly breeze ensured all eight fleets completed a full complement of races on the Algarve to shape up the leader boards nicely.

Japan's Ibuki Koizumi and Kotaro Matsuo and Malaysia's Mohammad Faizal Norizan and Ahmad Syukri Abdul Aziz picked up the day's 420 Boys race victories and have a strong hold on the top two spots.

Koizumi and Matsuo lead on four points and are followed by the Malaysian pair who have eight points.

In the first race of the day Faizal and Syukri read the conditions perfectly and lead from the off as Syukri explained, "We had a good start in the first one and at the starting line we crossed all of the fleet from the pin end. The Italians followed us and they finished behind us in second at the end.

"We will try to keep in the top five for the rest of the event.”

Faizal and Syukri have been racing in the 420 for two year's having competed against each other in the Optimists. The pair had a string of success in Optimists and have transferred their skills expertly to the 420. With Japan in their sights and five more races to go anything can happen.

In the 27-boat 420 Girls fleet Theres Dahnke and Birte Winkel (GER) picked up a pair of second place finishes and move into pole position.

The Germans overthrew day one leaders Silvia Mas and Marta Davila (ESP) but only have a slender two point lead.