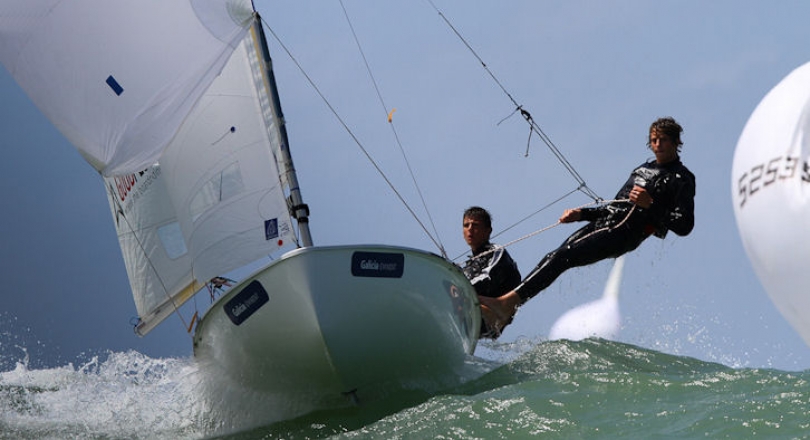 A 10 point winning margin awarded the overall title in the 420 event to Juan Garcia Rodriguez/Facundo Olezza (ARG). From the 15 races contested, the pair won nine, and were literally unstoppable. The pair finished seventh at the 2011 420 World Championships in Israel, and were the second Argentinean team on the leaderboard. In 2011 they also represented Argentina in the 420 at the ISAF Youth Sailing World Championships in Croatia finishing in fourth overall. 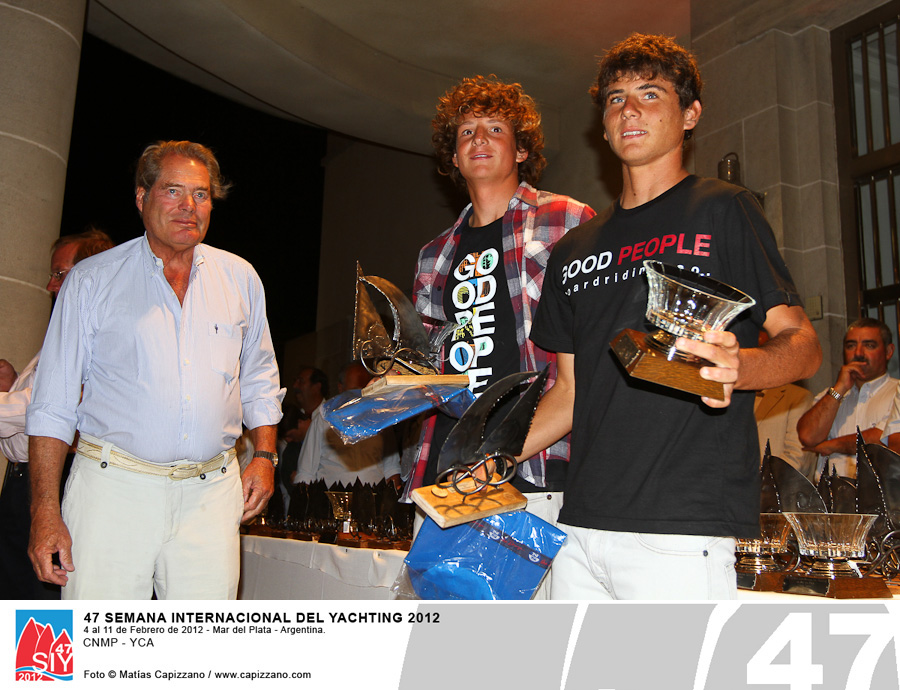 Closest challengers for the front of the fleet were Gonzalo Bisi/Tomas Volker who finished in second overall, 10 points behind. The pair claimed only one race win, but consistency ruled their scoreline with finishes in the top four in all of their counting races. Interestingly Bisi/Volker represented Argentina at the 2010 ISAF Youth Sailing World Championships finishing in 13th.

A bit of rivalry going on between these two great teams.

Florencia Lazzari/Alejandro Giralt stepped onto the podium in third overall, 14 points behind the second placed team. They notched up one race win, and were looking in contention for second place early on. Another team with several years of 420 sailing to their credit, they finished 37th at the 2011 420 Worlds