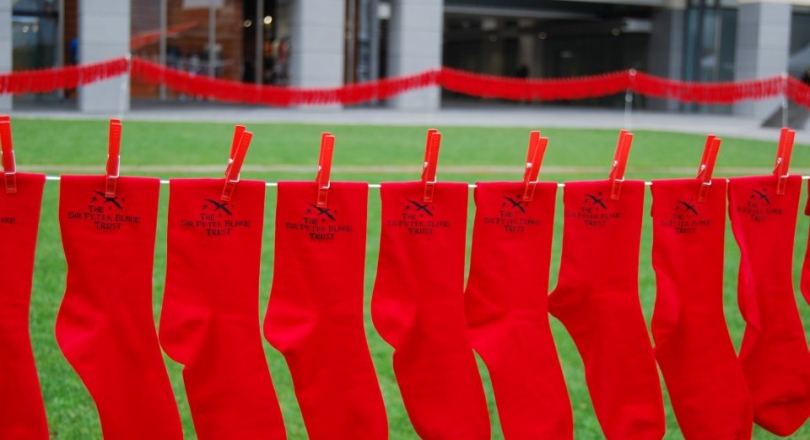 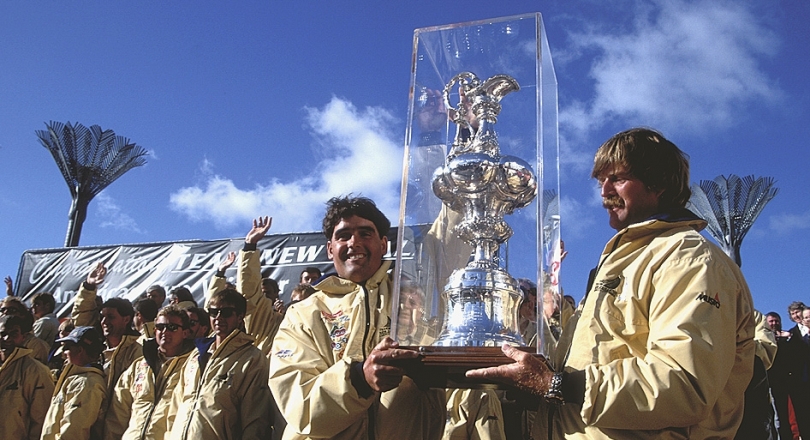 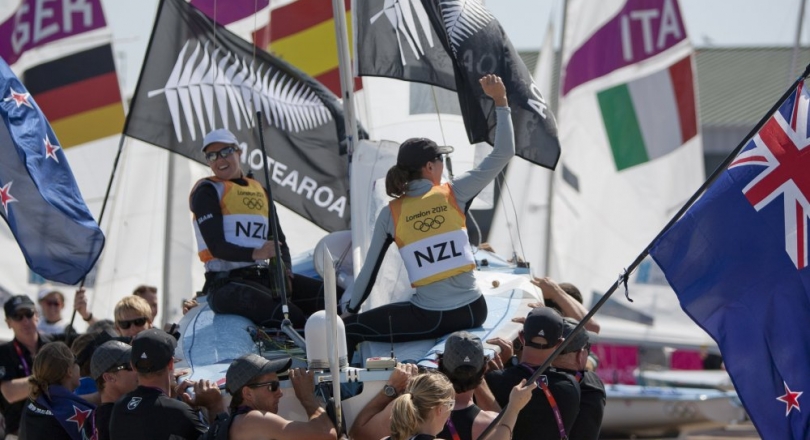 Back in 2007, Jo Aleh and Polly Powrie won the 420 Ladies World Championship, before going on to even greater glory by winning Olympic Gold in the 470 Class at the 2012 Olympics. Marking a significant step on her pathway to glory was winning the Sir Peter Blake Regatta in 2004.

Aleh's love of sailing was in inspired by another Kiwi great, the iconic Sir Peter Blake. In 1995, Kiwis embraced Sir Peter Blake’s "lucky red socks” as a symbol of support for Kiwi yachties taking on the world in the America's Cup.

Twenty years on and the young sailors competing in the Sir Peter Blake Regatta, New Zealand’s largest youth sailing regatta, were not even born during the time of the “lucky red socks”, but the legacy of Sir Peter Blake continues to inspire future generations.

Jo Aleh came from a non-sailing family, but was inspired to take up the sport after watching Sir Peter Blake and his lucky red socks on television back in 1995 as he led the team on Black Magic to victory. That inspiration led to multiple world championship wins for Jo and her sailing partner Polly Powrie, the Olympic Gold at London 2012 and World Sailor of the Year Award in 2013 – following in Sir Peter’s red sock clad footsteps as he received the same award in 1994!

On her way to this success Jo was awarded the Sir Peter Blake Trophy as the top youth sailor at the Sir Peter Blake Torbay Regatta in 2004. Jo will return to Torbay this year to present the regatta prizes to the over 20 sailing classes competing at this year’s regatta and will be wearing her lucky red socks!

“Sir Peter Blake was a hero to me when I decided to take up the sport of sailing and I remember his red socks well. To me they symbolise teamwork, never giving up, and staying humble – attributes Polly and I still try to keep at the core of our sailing campaign,” Aleh said.

Last year, Jonathon Weston/Taylor Balogh claimed the title in the 420, and this year the weekend of 5-6 December is set to see another round of intense racing for the 420 teams.

The Sir Peter Blake Regatta is New Zealand's largest and most anticipated annual centreboard regatta, and always held over the first full weekend of December. Sailed in the superb sailing waters off Torbay, Auckland it hosts the most commonly sailed centreboard dinghy classes. Each event has approximately 450 sailors. The Sir Peter Blake Regatta is a unique celebration of Sir Peter's life, his values and his passion for sailing. 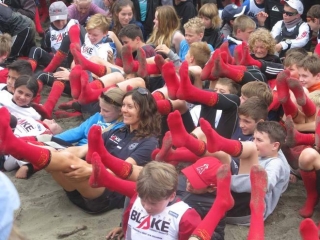