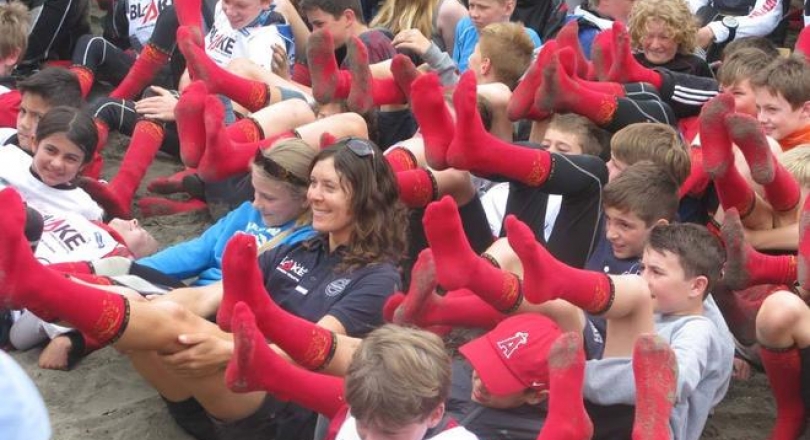 Established as an event for all in tribute to Kiwi legend and regatta namesake, the Sir Peter Blake Regatta was another inspirational event attracting a massive turnout of sailors.

In the mix were a line-up of five 420 sailors who enjoyed some close racing, over the two-day race series. The win went to sisters Courtney and Brianna Reynolds-Smith, who sealed three wins from the 6 races. Second to Alice Haslett/Annabel Cave, with Sam Street/Ben Crane in third.

Sailors paid tribute to Sir Peter Blake by donning the iconic red socks which spurred the Kiwis to America's Cup victory. Joining the throng was another Kiwi legend and former 420 World Champion, Jo Aleh. Aleh and her crew won the 420 Worlds in 2007 before going onto Olympic victory at the 2012 Olympics.

Find out more at www.blakeregatta.co.nz 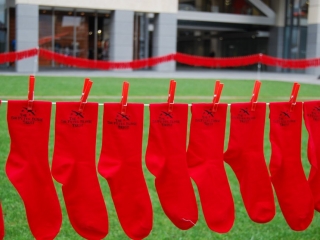