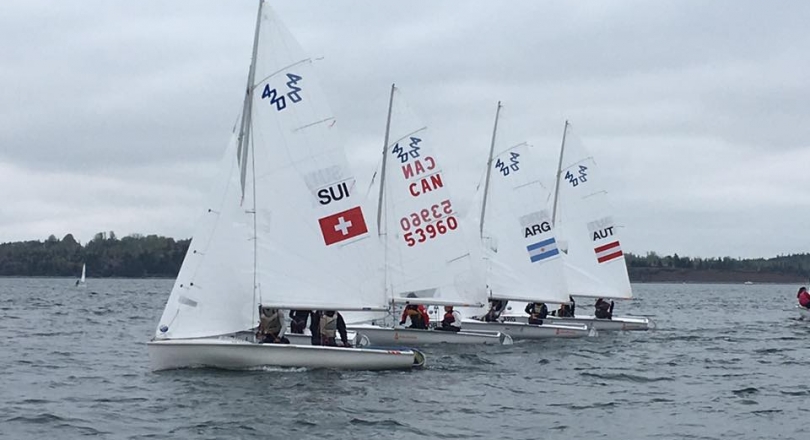 An all Canadian line-up but using international sails! © Event Media 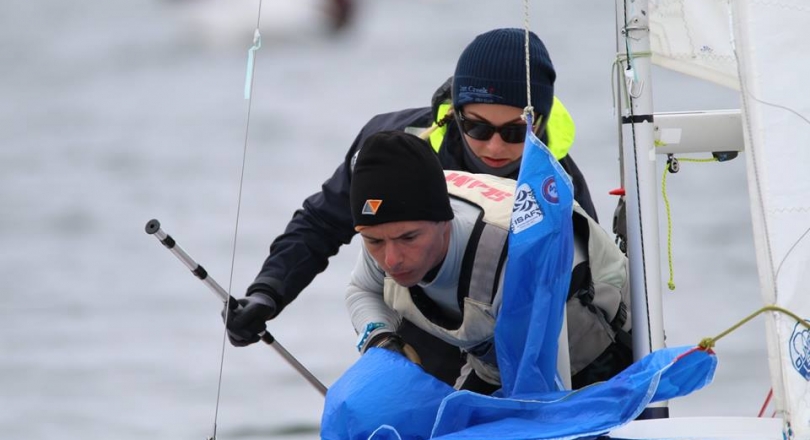 Jumping from an Olympic Class 470 to the smaller 420 were Ali Surrette and Jacob Saunders who raced with their respective crews in the women and men's Olympic events respectively. They didn't thrash the 420 Class fleet in Nova Scotia though!

That accolade went to the pairing of Pat Wilson/Arie Moffat, who took out two wins and three 2nd places in the 5 race series to take the win. Second overall to Georgia Lewin-La France/Maddie Gillis, with Moritz Heidenreich/David Sapp finishing 3rd.

Olympian Saunders finished 4th overall and claimed a win in race 3, to finish just 1 point off the podium!

The International 420 Class looks forward to welcoming both Pat Wilson/Arie Moffat and Georgia Lewin-La France/Maddie Gillis to the upcoming 2017 420 Open European Championship in Athens, from 22-30 July 2017.

The International 420 Class Association will be heading to Canada from 9-13 August to run a Coaches and Sailors Clinic, as a lead-in event to SAIL CORK.