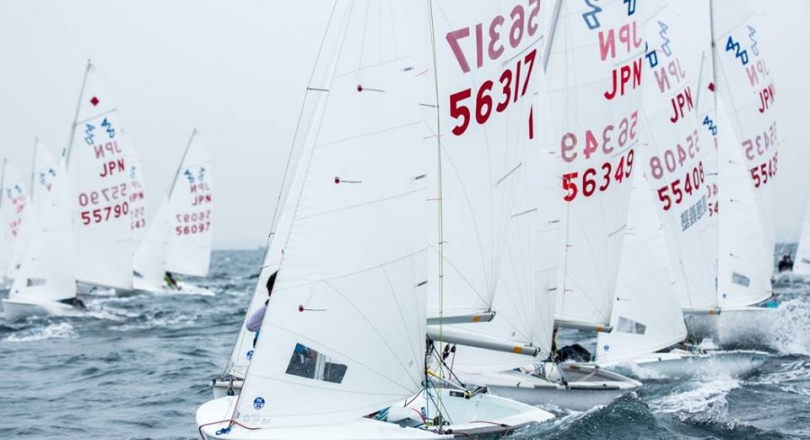 A narrow window of opportunity to race on Sunday 29 October was soon thwarted as the heavy rain and strong wind impact of Typhoon #22 were felt at Enoshima Olympic Harbour.

Twenty-four teams from Japan contested the series, with racing all focused on Saturday 28 October, where Syunsui Ooishi/Kiseki Yoshiii knocked out a hat trick performance, with three back to back wins. Pushing hard behind were Shinnosuke Hachisuka/Tomoka Karasawa who took two second places in races 1 and 2, before scoring a DNF in race 3, but fortunately for them their penalty score was discarded.

Away from the consistency of the leading two teams, the rest of the fleet scored some up and down results. Picking up third overall were Ryo Akiyama/Taisei Okamoto from a 3,10,2 scorecard.

The 420 fleet was the only non-Olympic Class to race at Enoshima Olympic Week, giving the young teams a valuable opportunity to meet their sailing heroes and learn from how the best in the world manage their Olympic campaigns. Saturday 28 October also marked 1,000 days to the Tokyo 2020 Olympics so special celebrations unfolded ashore.

Take a watch of Olympic Class racing on day 2 ...