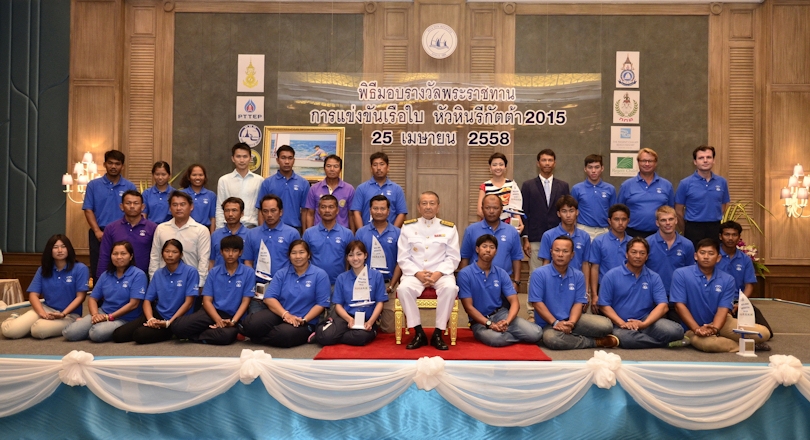 Hua Hin Regatta 2015 is the annual sailing event that has been organized since the year 2000 in honor of His Majesty King Bhumiphol Adulyadej.

This news belongs to
2015 Hua Hin Regatta
ALL EVENT INFORMATION

The event also incorporates the Thailand Open Championships for the 420 Class. The Championship hosted teams from Thailand and Malaysia in an 11 race series over four days of racing at the Regent Cha-Am Beach Resort in Phetchaburi.

The leaderboard unfolded into a battle between the top four teams, and ultimately went all the way to a tiebreak finish between Thailand's Chaninat Poolsirikot/Piriyaporn Kangkar and Malaysia's Alif Safares Binazmi/Ikrami Hakimin Bin Nlarkham.

Thailand's Puvich Chanyim/Sarawut Petsiri opened the Championship on form, taking a swift race win, followed by a 2nd and 3rd to share an early lead on equal points with Nopporn Booncherd/Kittipoom Kamjohn (THA). Day 2 saw the leaderboard shuffle around with Chanyim/Petsiri consolidating their strong opening day with a repeat show to lead by 3 points. The series unfolded with the race wins going between any of the top four teams.