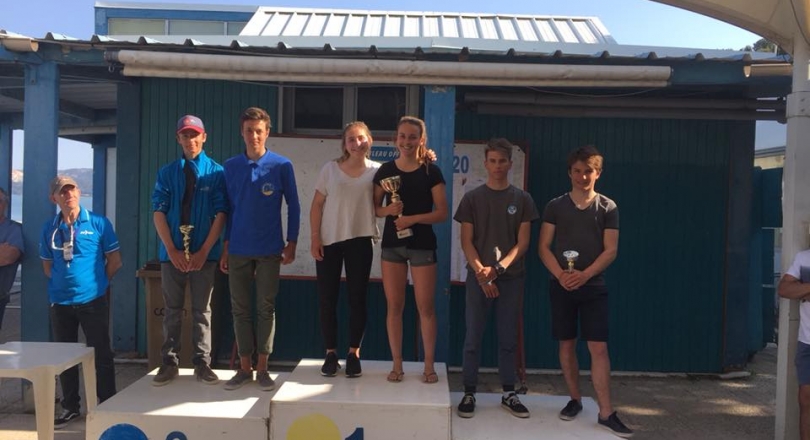 Neck and neck racing at the front of the 67 boat 420 fleet for the 2018 Coupe Internationale Méditerranénne de l'Amitié (CIMA) hosted at
Cercle de Voile de Martigues from 15-20 April.

Fairly consistent weather conditions delivered between 8-15 knots over the five days. Despite kicking off with an OCS penalty score Violette Dorange/Camille Orion, who are one of France's most talented young women's partnerships, bounced back to rack up 5 wins in the 12 race series. Going into the final race, Dornage/Orion were on a 3 point deficit to series leaders Ian Garreta/Julien Bunel, but maintained their formula for succes notching up their second race win of the day to squeeze through to victory on tiebreak.

Second to Ian Garreta/Julien Bunel, and third to Tom Marsan/Victor Herbert on 65 points.

Behind these leading three teams, there was then a significant points gap to the fourth placed partnership of Enzo Balanger/Gaultier Tallieu in 4th on 97 points.