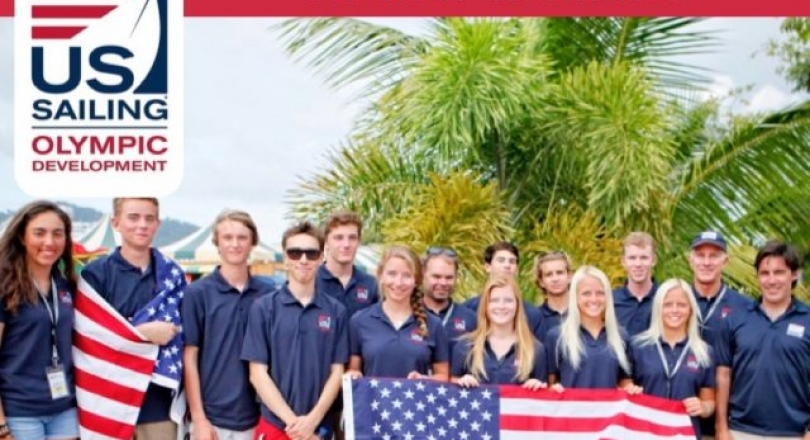 US Sailing has named the 14 athletes that will be competing at the 2019 Hempel Youth Sailing World Championships. The premier event in international youth sailing will take place on 13-20 July in Gdynia, Poland.

Note: Each U.S. athlete earned a berth to the 2019 Hempel Youth World Championships in accordance with US Sailing's selection procedures.

The United States will be sending a large group of talented sailors to Poland who are new to the Youth World Championships. At the event, 11 of the 14 sailors on the U.S. team will be making their Youth World Championship debut. Returning sailors include Dominique Stater (Miami, Fla.), Berta Puig (Miami, Fla.) and Bella Casaretto (Ft. Lauderdale, Fla.). Stater will be making her third appearance in the RS:X Girls fleet. Last year's silver medalists, Casaretto and Puig, will be competing in the 29er Girls fleet for the second and third time, respectively.

"We're really excited to bring a new wave of young, talented athletes to the 2019 Hempel Youth Sailing World Championships," said Leandro Spina, US Sailing's Olympic Development Director. "There's so much young talent in the U.S., and we look forward to supporting the next generation of sailors on their pursuit to sail at the highest level of competition."

Several U.S. athletes stood atop the podium at the 2018 Youth World Championships. The team won medals in all disciplines: singlehanded, doublehanded, skiff, windsurf, and multihull; the most by a single country since 2014. By winning five medals (four of which were gold), the country now holds the record for most medals and most gold medals won at the event. The U.S. was also awarded the Nations Trophyan award given to the country with the best overall performancefor the first time in history.

US Sailing will announce the coaching staff for the 2019 Hempel Youth Sailing World Championships in the upcoming weeks.