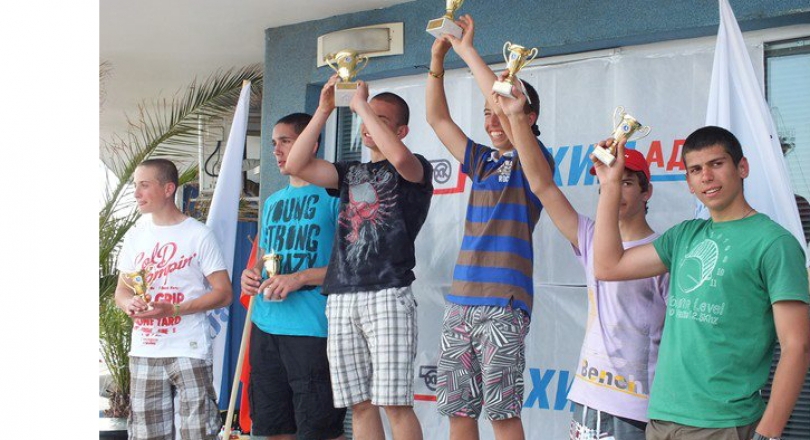 All change on the final day of 2012 Bourgas Sailing Week with one point between the top two teams, converting to equal points and a tiebreak after race 7.

This news belongs to
2012 Bourgas Sailing Week
ALL EVENT INFORMATION

With the narrowest of one point margins Peter Stefanov/Ivan Kostov had the advantage going into the deciding race 7 over Ivan Kynchev/Todor Lazarov. But a race win for Kynchev/Lazarov put the two teams on a tiebreak which favoured Kynchev/Lazarov.

Similarly the teams in 3rd and 4th going into the final race swapped positions with Vasil Mitev/Pavel Dimitrov finishing their series in third, with Alexander Slavchev/Todor Parvanov in fourth.