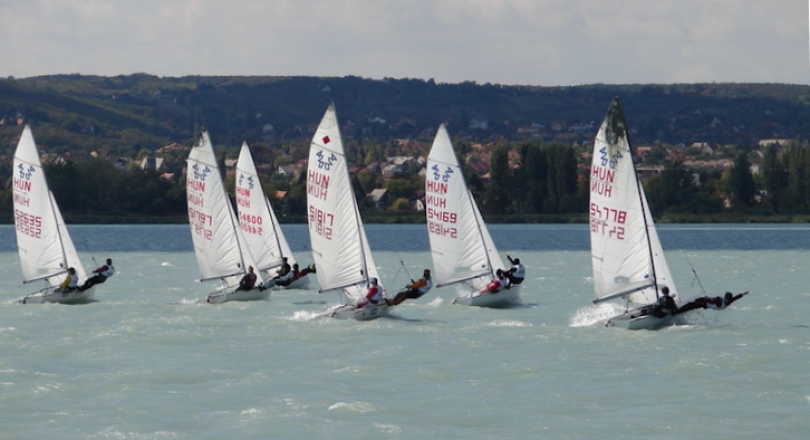 Hungary’s Gergely and Daniel Bihary wrapped up their 2012 racing season by winning the Caprine Cup. The three day event, was reduced to two days after no racing on the final day due to no wind.

The Caprine Cup held at the BS Fuzfo Vitorlas Klub on Lake Balaton from 14-16 September 2012, marked the final event of the series for the national leaderboard in the 420, which included various other events, including the Hungarian 420 National Championship

For the Bihary brothers, the event was critical, as their second place at the Hungarian 420 National Championships meant they had to win the Caprine Cup to retain their first place on the national leaderboard.

Racing got underway on 14 September with plenty of breeze, around 16-20 knots, and three races completed under a grey and wet sky. So far so good, with Gergely and Daniel Bihary posting a 2,1,1 to finish ahead of their closest rivals, József Péch Lóránt/Áron Bagyó and Márk Neszmélyi/Belián Baticz.

Sun delivered slightly warmer conditions on race day 2 and again a northerly breeze of 16-20 knots. Anticipating no wind on Sunday, the Race Committee scheduled four races, which proved to be incredibly challenging for the teams. The racing area at Balatonf?zf? is notoriously tricky, but with gusts coming through in a totally different direction to the wind, the sailing was made even harder.

It was close between the top three teams, with Gergely and Daniel Bihary finishing outside of the top three in all but one of the four races. Fortunately for them, their closest rivals from day 1, József Péch Lóránt/Áron Bagyó struggled with the conditions too, leaving Márk Neszmélyi/Belián Baticz to slip through into second overall. However, a subsequent disqualification for Neszmélyi/Baticz from race 5 over room at a mark pushed them back down to third, with Lóránt/Bagyó claiming second overall. 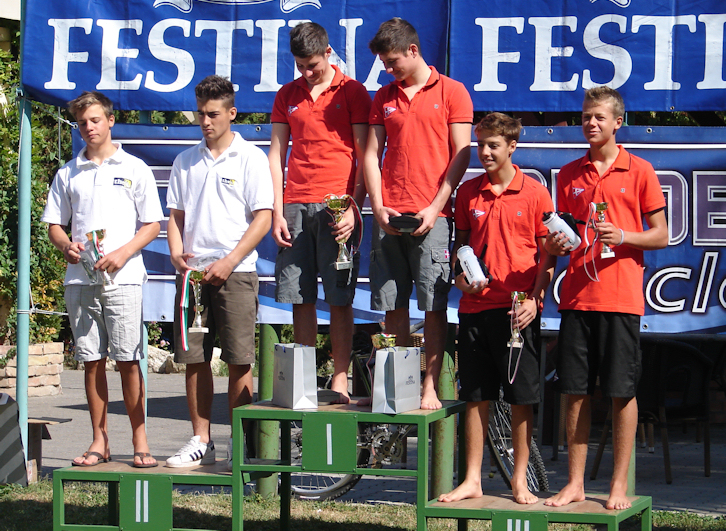 As predicted, no wind on Sunday meant no racing and the results after seven races stood.

The Caprine Cup marked the last event of the season in Hungary, with the overall prize giving for the national leader board standings taking place in October.