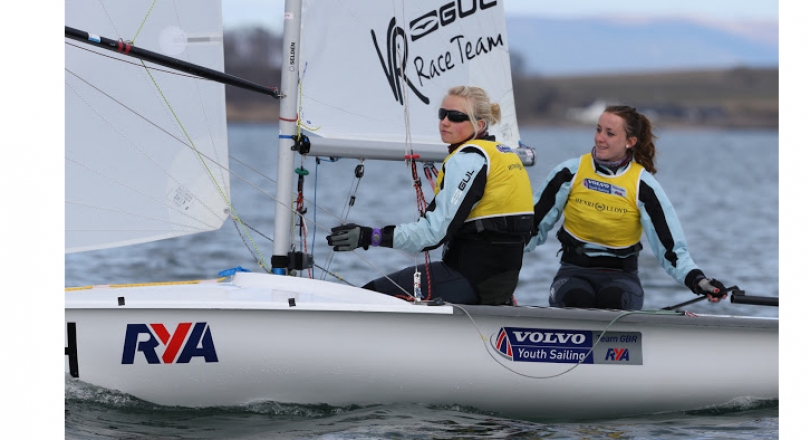 Entries are now open online for the 2014 RYA Youth National Championships; the premier event on the RYA Youth Racing calendar, taking place from 12-18 April 2014 at the Weymouth and Portland National Sailing Academy.

The Championship is guaranteed to attract the best Youth racers from across the country to do battle on the same waters used for the London 2012 Olympic and Paralympic Games.

Past winners will be out to defend their titles against the cream of the RYA UK Youth Squads and will also face stiff competition from a number of foreign teams who are expected to return again for a fourth consecutive year. In addition, the Championship will welcome a whole new generation of sailors making the step up from the Junior classes as they look to test their mettle in the RYA Youth Racing classes.

Competition will be highly charged as selection for RYA Team GBR – the team which will represent Great Britain at the 2014 ISAF Youth Sailing World Championship in Tavira, Portugal – will also be up for grabs along with the opportunity to earn selection to the RYA UK Youth Squads and to win a host of international travel grants.

Racing will be held for boys in Laser Standards, girls and boys in Laser Radials and Neil Pryde RS:X 8.5 windsurfers, and for all-boy, all-girl or mixed crews in 420s, 29ers and Spitfire catamarans.

James Tilley, RYA Youth National Championships Event Manager, commented: “We are very much looking forward to a great week of racing at the 2014 RYA Youth National Championships in April. With six different classes racing on four race courses we’re gearing up to welcome many young sailors and windsurfers to the Weymouth and Portland National Sailing Academy to battle it out against the top youth sailors in the UK and teams from around the world.

“For some the event will form a key part of their selection for international travel grants or places on international teams. We hope everybody involved will enjoy the competition, seize the opportunity to learn and develop their racing skills to use back at their home club, class association events or on the international stage.”

“I encourage all young sailors and windsurfers to get their online entry submitted in good time, I wish everybody the best of luck with their winter training and we look forward to watching the action out on the water in April.”

A change for the 2014 event will see an under 21 age limit for all classes with the exception of the 420 class which has an open age limit for eligible sailors. Details of eligibility and entry criteria can be found in the Notice of Race on the event website.