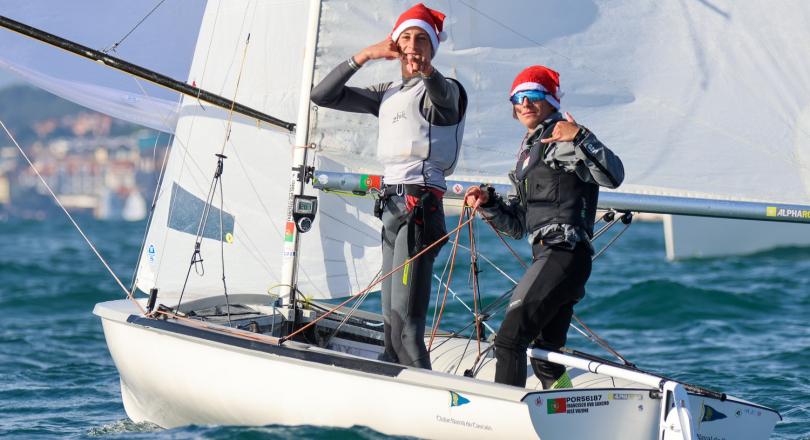 This news belongs to
2022 Cascais Christmas Race
ALL EVENT INFORMATION

This weekend took place the 38th edition of the already traditional Christmas Race, which brought together around 250 sailors of all ages at the Clube Naval de Cascais, for a championship that was for many the last of this year.

Although on Saturday only two of the three scheduled races were held, on Sunday the weather conditions allowed the rest of the program to be carried out as planned, with the wind blowing around 10 knots and some Atlantic Swell.

In the 420 class, the local duo formed by Francisco Uva Sancho / José Vozone POR led throughout all championship and ended up confirming their favoritism, followed by the female crew of Beatriz Cintra / Rita Munhá POR.

With this Christmas Race, ends this year's competitive season in Cascais, with competitions resuming in mid-January.