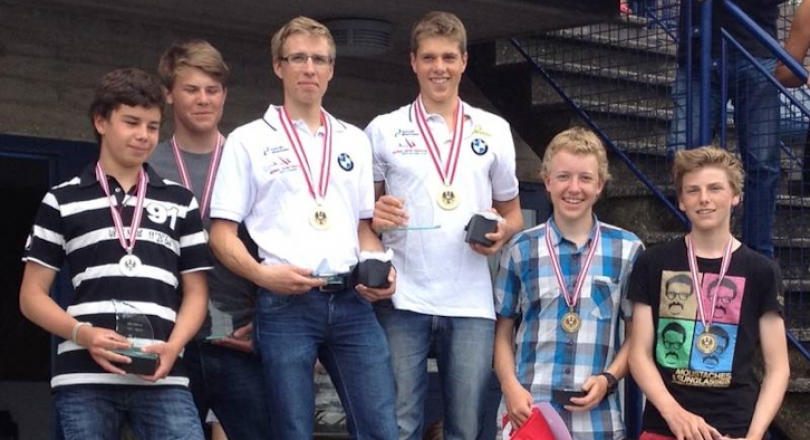 Four race wins in the seven race series was more than enough to deliver the Championship title to brothers Benjamin and Simon Bildstein, with the next Austrian team 18 points behind.

Snapping close at their heels, but not eligible for a podium place at the Austrian Nationals, were the Hungarian team of Gergely Bihary/Daniel Bihary who were just one point behind, having claimed all the other race wins – and a scoreline of top four finishes.

The 420 Austrian National Championship second place overall went to Bernardt Haan/Christopher Koller with 28 points, and in the bronze medal position were Hubert Kern/Konstantin Kobale on 40 points.