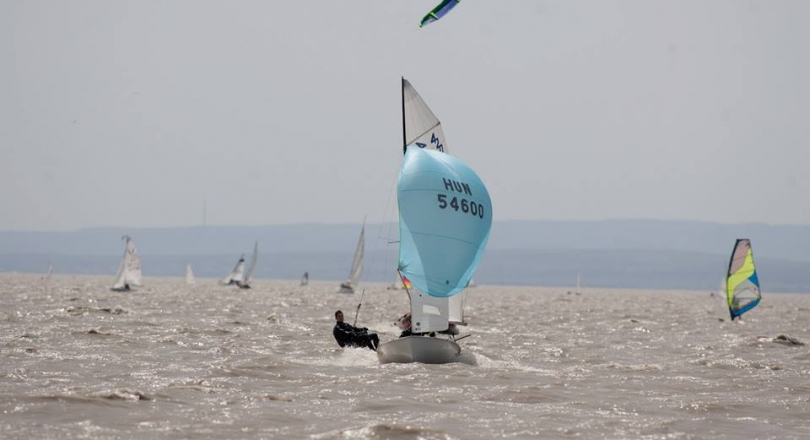 Eight races completed the series at the Austrian National 420 Championships hosted by the Union Yacht Club on Lake Neusiedulersee from 18-20 May, the same lake which hosted last year’s 420 World Championships.

A mixed bag of weather on this notoriously challenging lake venue, with light to medium winds on the first day, challenging high winds on the second day and shifty light wind on the third day put the teams through their paces.

But there was no questioning the dominance of Hungary’s twin brothers Gergely and Daniel Bihary, who raced their own game and were clearly a class apart. The pair won 4 of the eight races, and finished second in the other four, to secure a scoreline which placed them 15 points ahead of the second placed pair, their teammates Zsombor Gyapjas/Kristof Ziegler.
In third were Austria’s Thomas Fellerer/Marino Müller, and with it claimed the Austrian National Championship title.

The Hungarian brothers will be representing their nation in a few weeks time when they make their first appearance at the ISAF Youth Sailing World Championship in Cyprus.

Fellerer/Müller laid the foundation for the national title on the second day of racing where they excelled in the strong breeze. Chasing hard though were Niko Kampelmühler /Clement Christa Patrick, who pushed through on the final day, but even a win in the concluding race left them 4 points off the Championship title.

Whilst a mix of Austrian, Germany, Hungarian and Slovakian teams competed, the National Championship title could only be awarded to Austrian sailors: