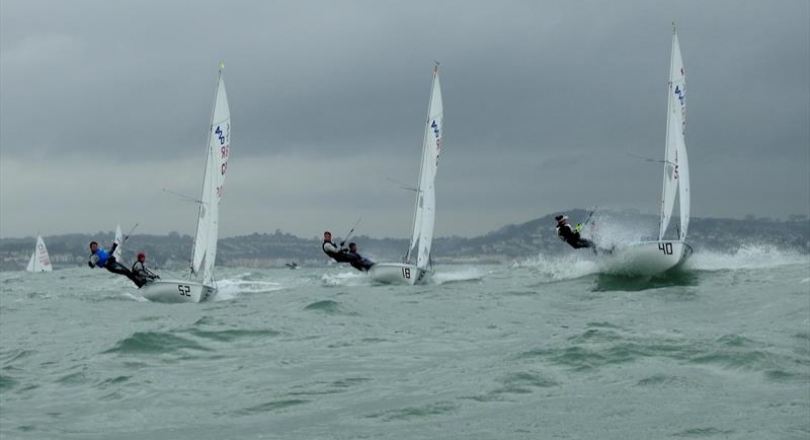 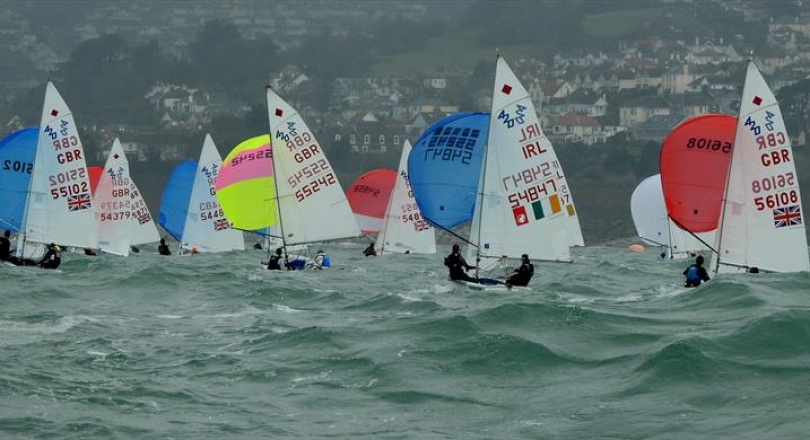 Niamh Harper and Ross Thompson had the perfect start to the series with 3 bullets, closely followed by Jack Lewis and Charlie Bacon with a 3,2,3. Top girls (3rd place) were Vita Heathcote and Milly Boyle with a 3,2,5 with some good consistent racing. There were numerous capsizes, some before the start of race one and a number of DNS/DNC's appearing across the fleet as sailors struggled with the gusty and wavy conditions. So a great day of challenging racing with similar conditions forecast for Sunday.

Sunday morning was a lot more promising, the wind had dropped slightly to around 15 knots and swung round to the east. The bad news was there were now some very larger rollers heading into Torbay. For most sailors it was slightly easier, fewer gusts, and a more consistent wind. The sailors at the top of the leader board continued in their dominance with Niamh and Ross scoring 1,1,8. Jack and Charlie, and Vita and Milly also maintained their form with some more consistent sailing. Jack and Charlie having an outstanding regatta for a pair still so young, still U17 with a few more years to go!

The rest of the chasing pack did well in the conditions. Next event is Selector Series 2 at Rutland on the 17-18 March.