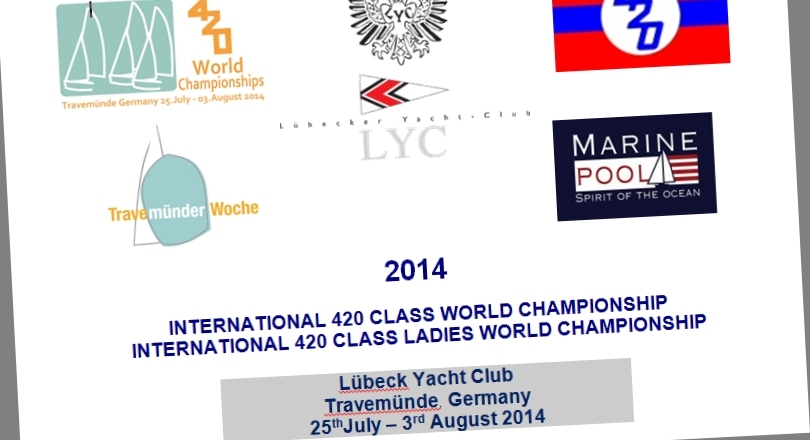 The 2014 420 World and Ladies World Championships are taking place from 25 July - 3 August 2014 in Germany, hosted at the Lubecker Yacht Club. 2014 marks the first time the 420 Worlds have been hosted in Germany since 1974, when the Championship was hosted in Kiel. Back in 1974 it was France's Alain Chourgnoz and Denis Cerda who claimed victory, with teams from many nations around the world secuing podium finishes and gold medals since. Check out our archive of past 420 World Champions.

Schedule - there will be 3 days of registration and equipment inspection on 25, 26 and 27 July, with racing taking place from 28 July to 3 August.

Pre-Event Training - the venue will be open from the weekend before the Championship for teams who wish to arrive early and train. More information to follow.

Online Entry - will be live by 10 April 2014 and full access information will be sent to National Class Associations.

Charter Boats - charter of 420s and ribs are available from Bootsservice Gerd Eirmann.

MORE INFORMATION on the Event Page ...