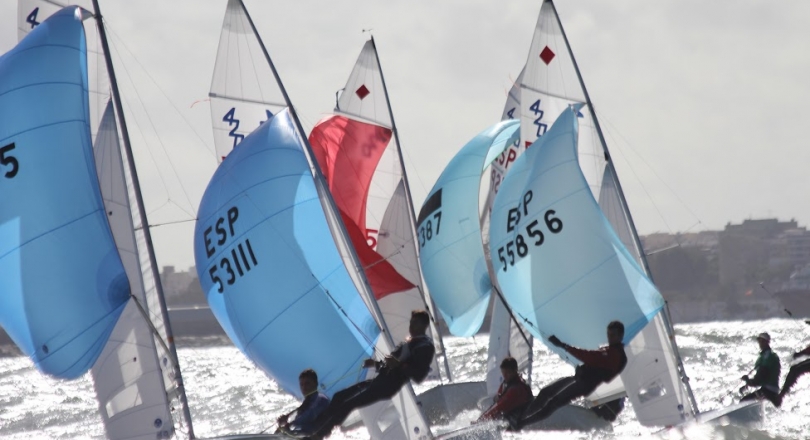 An impressive line-up of ninety-eight teams contested a qualification and final series in a fight to the end at the 2017 Coa de Espana in the Bay of Cadiz.

Hosted at Club Nautico Puerto Sherry, teams from Germany, Portugal and Switzerland joined the host country teams from Spain. A six-race opening series, decided the teams advancing to gold and silver fleets for the final series. Ultimately, the weather did not play ball with just 2 final races for the gold fleet and one for the silver fleet.