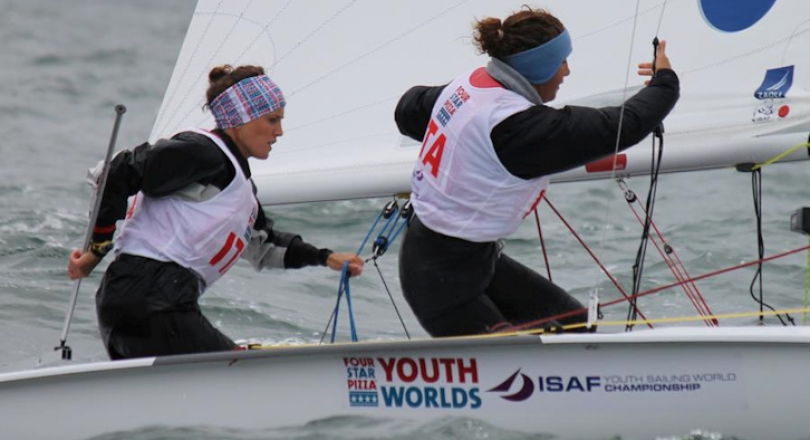 The 420 girl's class is tightly poised going into the final day of racing, after Haria Paternoster and Benedetta Disalle sailed to a cool, composed first and fourth to draw just one point ahead of the previously leading Australians Carrie Smith and Ella Cark, who finished fourth overall in Croatia last year. Britain's Annabel Vose and Kirstie Urwin hold steady in third overall with a ten points deficit to second.

"We were pleased with the way we sailed today, now we just have to see if we can do the same tomorrow," said helm Paternoster. "We just need to beat the Australians to win."

An exciting mix of nations are in the top ten going into tomorrow’s final race with Europe, Oceania, Asia and South America all represented. With a strong fleet of 26 teams, the second largest two-person fleet at the ISAF Youth Worlds, after the 420 boys.

The 420 boys event is highly charged going into the last race, but the French crew who have led through most of the regatta, Guillaume Pirouelle and Valentin Sipan, re-established their overall lead today when they held consistent, while their two closest rivals did not.

"It was not such a great for us, but compared to our rivals it was not so bad. We are back on top. With just one race we will just stick to the same ideas, we have a little margin but it is not finished yet," said Pirouelle. 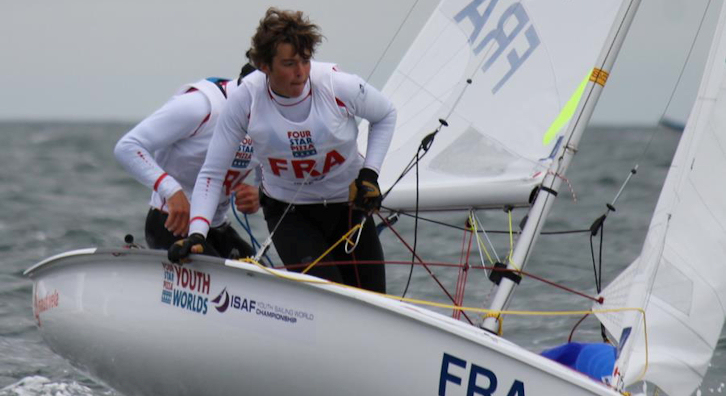 A 19th in the race 11 today proved costly for the Dutch duo Pieter Goedhart and Lars Van Steklenborg who now find themselves with an eleven point deficit to catch up with the French leaders.

Two points behind in third overall are Spanish brothers, David and Alex Charles, who sailed a safe 8,10 scoreboard today.

Going into the final race day at the ISAF Youth Worlds, great to see teams from Europe, South America and Asia in the top 10 overall.