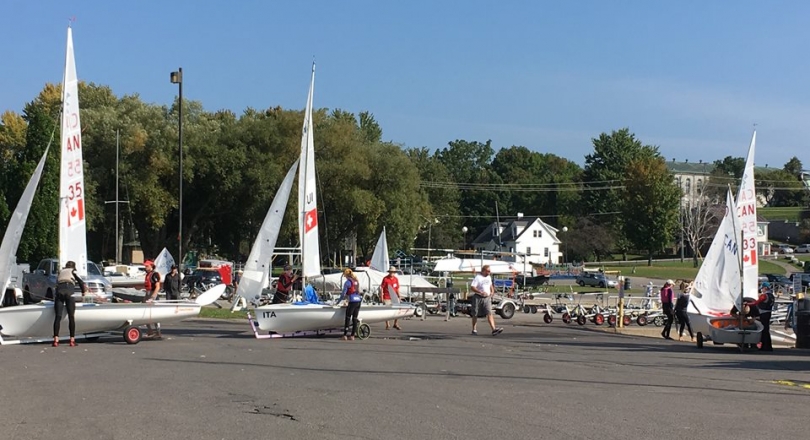 240 athletes from 4 countries and several Canadian provinces competed at Portsmouth Olympic Harbour this past weekend, 23-24 September, at the CORK Fall Regatta with racing across multiple classes.

This news belongs to
2017 Fall CORK Regatta
ALL EVENT INFORMATION

Saturday’s opening day saw racing postponed due to very light wind, but when the wind did kick in later in the day it was champagne sailing in 8-12 knots throughout the afternoon and in temperatures more like July.

Four races on Saturday and two on Sunday completed the 420 series, with a dominant win to Georgia Lewin-LaFrance/Madeline Gillis. A consistent outcome for the two, building on their win last month at CORK International Regatta which took place off the back of the 420 Class Coaches and Sailors Clinic at the same venue.