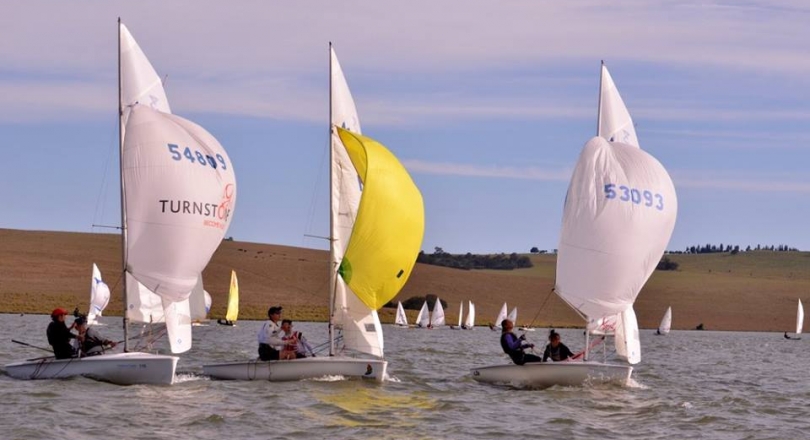 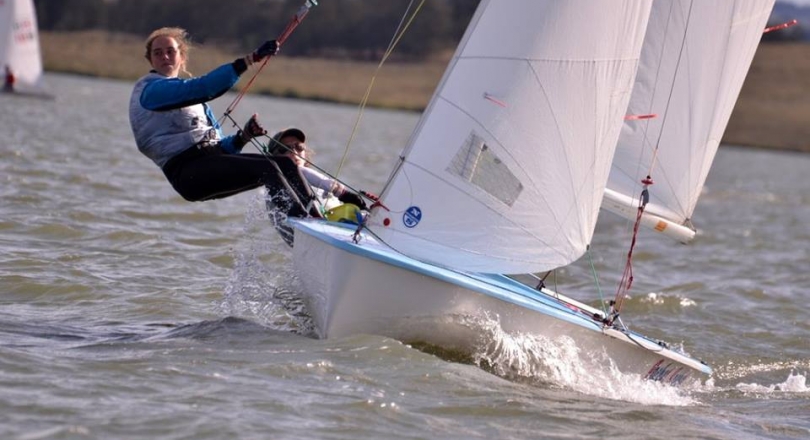 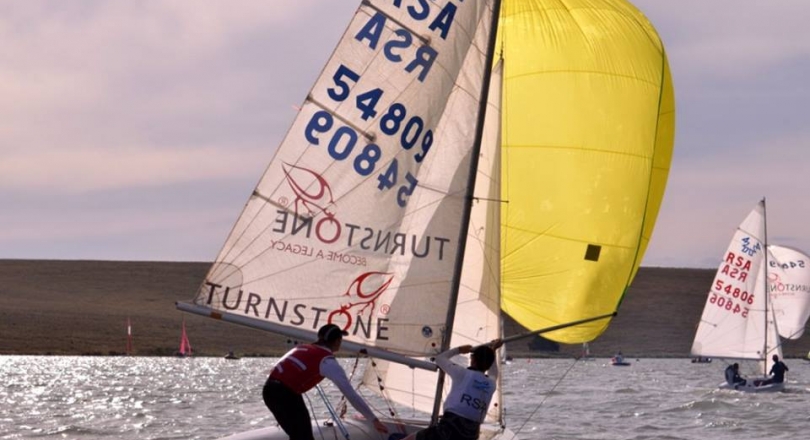 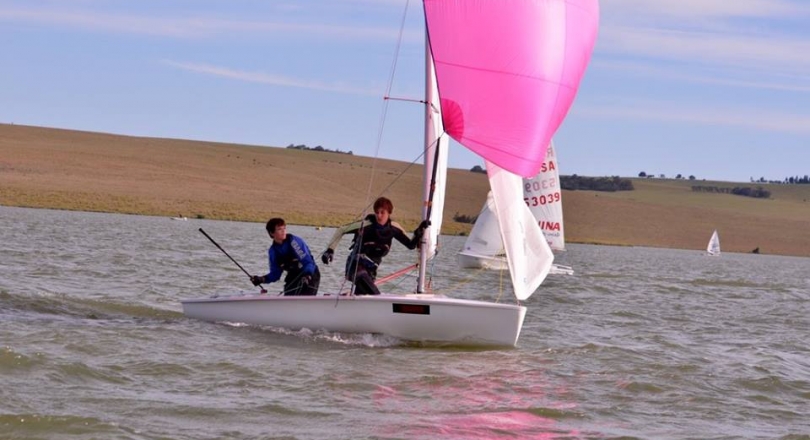 Racing at the South African Youth Nationals got underway on Monday 14 December, through until Friday 18 December, with 12 races sailed over the 5 days.

For teams aged under 19 in the year of the competition, the Championship gathered together the cream of South Africa’s young sailing talent.

Organized by East London Yacht Club, racing was held on Wriggleswade Dam on the Eastern Cape, a venue notorious for light and challenging breeze.

The six-strong 420 fleet competed in the Open Dinghy division, with a dominant show by Michaela Robinson/Jenna Bails, who opened their assault with a race win, going onto maintain their form throughout. With victory going to Robinson/Bails, second were brothers Zak Bester/Jaco Bester and third to Nic Faraday/Wade Ashton. 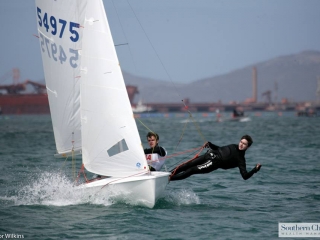