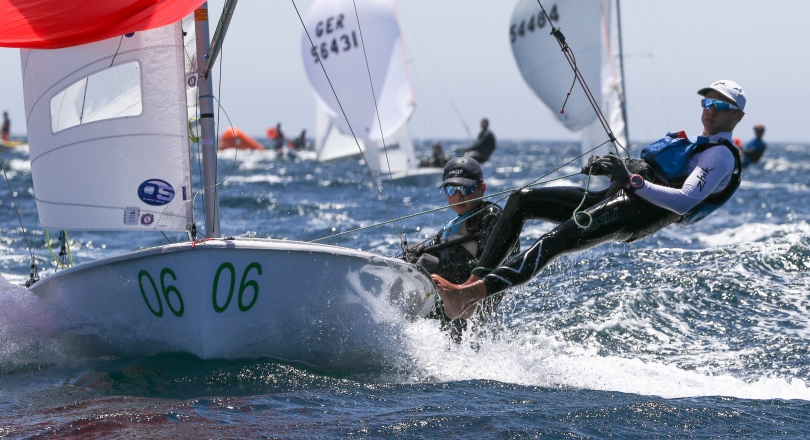 Cole Tapper/Ryler Creevey made their mark this Summer on the international circuit at the 420 Junior Europeans and 420 Worlds, and on Sunday 30 September picked up the New South Wales Youth Championship title.

The pair won the U17 Junior European Championship title in Portugal in July.

Back on home waters and up against thirteen other talented teams from  New South Wales, the pair raced a super consistent series over the 9 races. Never scoring outside the top 4, apart from their discarded 7th place in race 3, they racked up four wins to finish on a 2 point advantage.