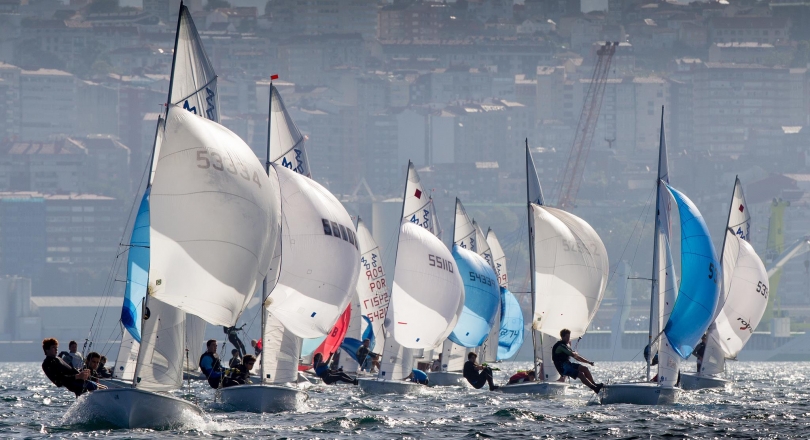 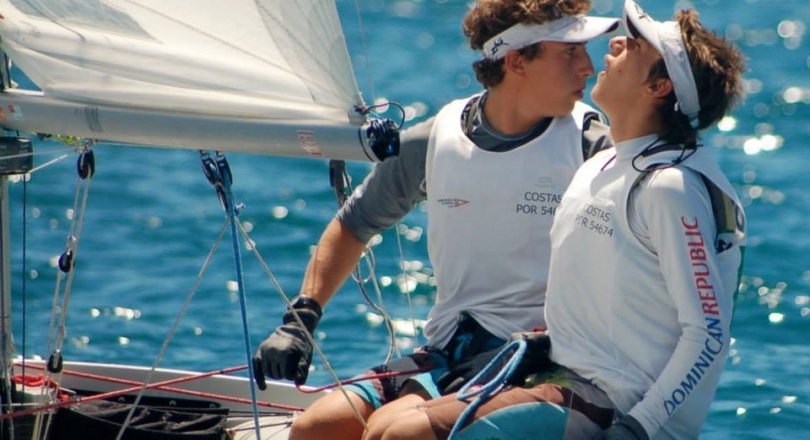 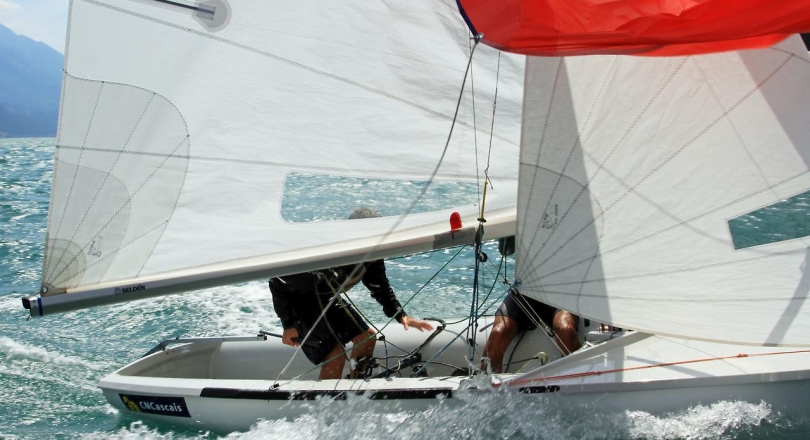 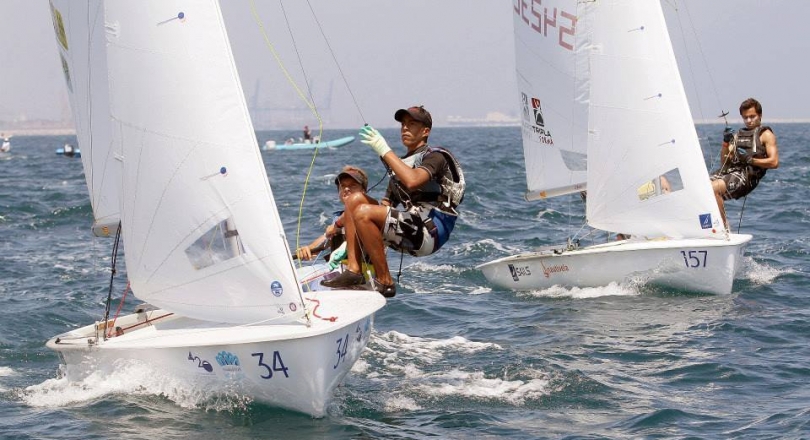 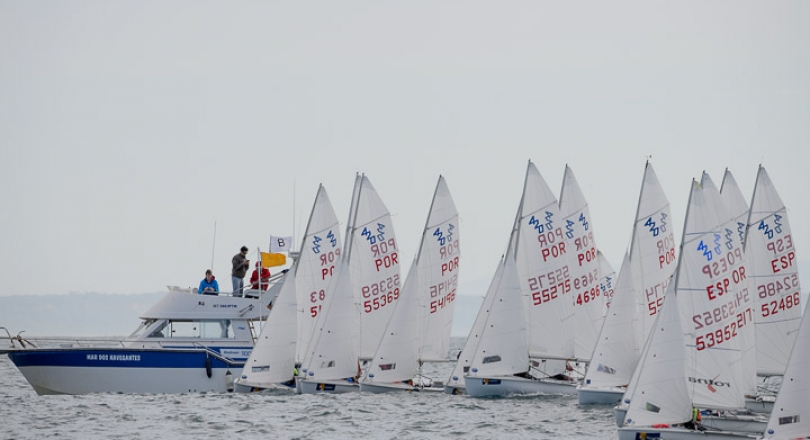 Diogo Costa/Pedro Costa took an early lead at the Regata Natal in Cascais, Portugal over the weekend of 29-30 November 2014.

The pair dominated the 37 strong 420 fleet from race 1, wrapping up a win and following up with a second first place finish. The event counted as Regatta 1 of the Portuguese 420 Class winter series.

On Saturday, a strong breeze from the north east and waves of about 4 metres were fairly challenging for the fleet, but did mean three races could be completed. All change on Sunday as the wind decreased.

Consistent racing from Diogo Costa/Pedro Costa put them firmly at the top of the leaderboard, with Francisco Maia/Rui Oliveira (POR) a point behind in second and Spain's Marcos Sobrino/Simon Gonzales in third.