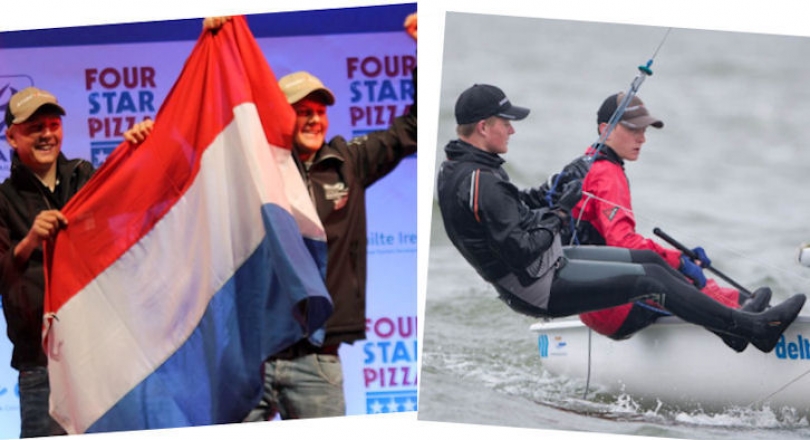 He is returning this year to defend and hopefully improve his podium position, with helm Floris van de Werken. The pair recently secured gold at the Dutch Youth Regatta. We catch up with Lars in Medemblik where he has turned his attention to racing a 470.

Dutch youth sailor Lars van Stekelenborg is racing for the second time sailing at the Delta Lloyd Regatta in Medemblik. He is only 17 years and makes his debut in the Delta Lloyd Talent Team this year. It’s his dream to be at the Olympics.

It’s your second start in Medemblik. You finished 6th last year in de 470. How you’re doing this time?

"Last year was nice. It was my debut in Medemblik and 6th place was very good. I must say the level of the field was less than this year. Now all the stars are here. It’s a hard race, we notice.”

How did you get involved with sailing?

"I started sailing when I was six, in the Optimist. My father was in the past a good windsurfer, also in the Dutch team. So you understand I’m brought up with sailing. Now I’m in the Delta Lloyd Talent Team, it’s more serious if you compare it with last year.”

At the Delta Lloyd Regatta you are sailing with Dirk Bennen. Normally you’re in the boat with Floris van de Werken? What happened?

"Oh, simple. Floris has exams at school. I’m in 4HAVO, so no exams. As long as my schoolresults are good I get the opportunity from school to spend much time in a boat. Dirk Bennen is older and more experienced in de 470. I learn a lot from him.”

What’s your goal here in Medemblik?

"Do the best I can. Learn from other sailers. The best sailers in the world are here. I’ve got a lot of respect for them, but also try to focus on my own races. It’s a learningproces, a topresult this year is difficult.”

Last year you won bronze at the ISAF Youth Sailing World Championship in the 420. What are your goals for the future?

"Like all sailors I want to go to the Olympics. Rio in 2016 will be a bit early, but who knows. It’s not impossible, it’s still three years to go. I think the 2020 Olympics are more a reality.”