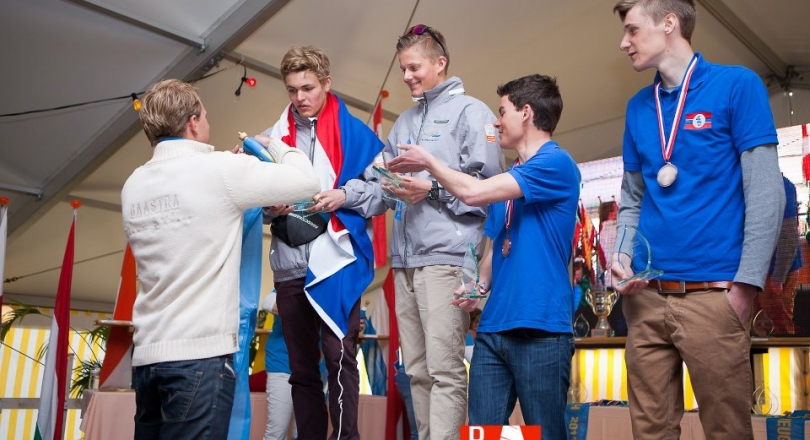 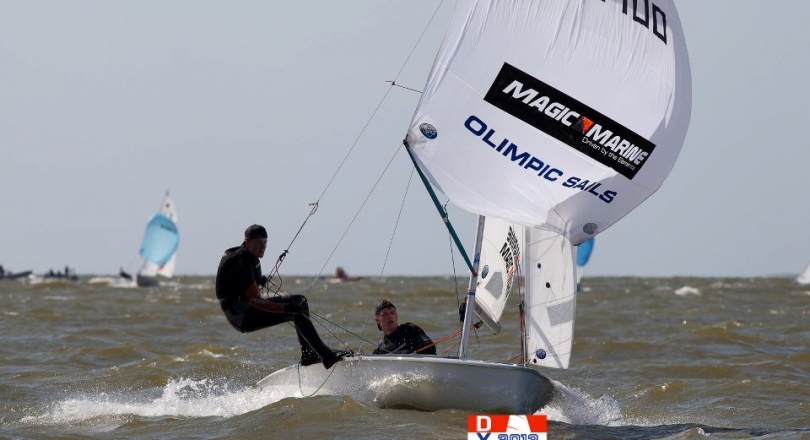 An impressive win for the host nation’s Floris van de Werken/Lars van Stekelenborg who dominated at the Dutch Youth Regatta, winning 50% of the 10 race series, held from 9-12 May.

They only dropped out of scoring either first or second when it came to race 8 and onwards, and at that point they could afford to be conservative in their approach, yet still went onto win with a 13 point margin.

Excellent training for the pair, who will be joined by the 420 girls team of Lisanne Nijdam/Nerine Usman to represent the hopes of the Netherlands at the 2013 ISAF Youth Sailing World Championships in Cyprus from 12-20 July 2013.

France’s Jennifer Poret with new crew Lucie Scheiwiller finished in second overall, and 10 points ahead of the third placed boat. Last year, Poret with her previous crew finished in 9th at the 420 Ladies World Championships.

A fleet of 27 boats from 5 nations contested this annual event, which brings together many of the most talented young sailors from the Netherlands and nearby nations.