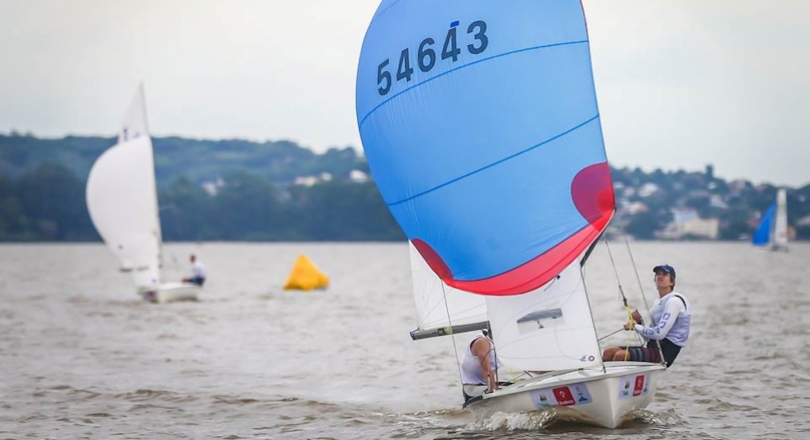 The 12-race series from 5-11 March 2017 featured many of Brazil's young and talented 420 teams racing on the waters off the River Guaíba in Porto Alegre.

This news belongs to
2017 Brazilian Sailing Cup
ALL EVENT INFORMATION

Two discards across the 12-race series gave some margin for error, but racing was intensely close with every point counting. Whilst series leaders Andrea Fiuza/Pedro Zonta took victory on a 13 point advantage, behind the battle for 2nd and 3rd ended on tiebreak.

Fiuza/Zonta had a hesitant start to the series, scoring a 5th, before going on to claim 7 wins from the remaining 11 races. Such was their advantage, the pair didn't even need to sail the last race, opting to leave the race track and let the battle unfold for second and third.

Going into the final race, Tiago Loch Quevedo/Erik Rebelo Hoffmann were on 24 points, with Martin Garcia Chao/Marco Peek on 27 points. In a massive dig deep fight back Garcia Chao/Peek took control of the race course to win the final race, whilst Loch Quevedo/Rebelo Hoffmann were battlling to hold onto their 4th place, which would earn them equal points on the leaderboard, and ultimately the tiebreak advantage.