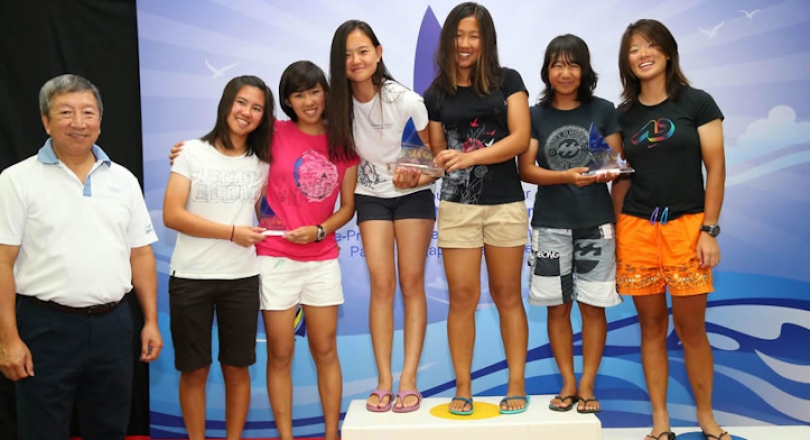 The final day of the Singapore Youth National Sailing Championships taking place at the National Sailing Centre kicked off at approximately 1300 hours in light airs that built throughout the last race to 12 knots. Just before the medal race commenced, the skies started filling up with dark clouds – threatening to put a dampener on the highly anticipated race. Fortunately, it didn’t take long before the overcast skies cleared and the predicted storm turned into a perfect breeze of up to 12 knots.

In the 420, the much-awaited showdown was coming to its finale, with Elisa Yukie Yokoyama/Jazlene Ong determined to close up the gap on rivals Kimberly Lim/Savannah Siew – displaying terrific crew work and boat control to great effect, tactically maneuvering for a clear start in race 13, and ultimately earning them a well-deserved win.

With the prestigious Champion’s title at stake, the competition further heated up between the top two pairs during the concluding double-points medal race with neither giving the other any space. The live commentary, which broadcast each and every move that the sailors made, further heightened the tension and excitement. After a thrilling performance put up by the 10-boat fleet, it was Kimberly Lim/Savannah Siew who claimed a sixth place, which was enough to secure overall victory. A great effort from Elisa Yuki Yokoyama/Jazlene Ong, who finished the medal race in fifth to finish in second overall. In an all-girls top three, finishing in third overall were Jessica Goh Kai Ling/ Rebecca Goh.