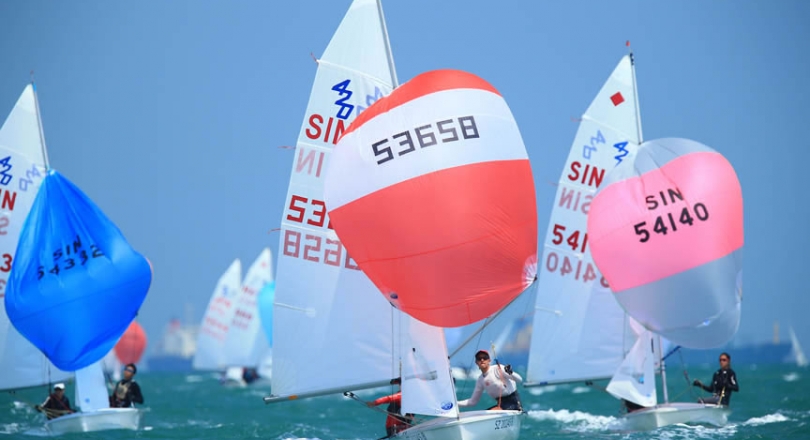 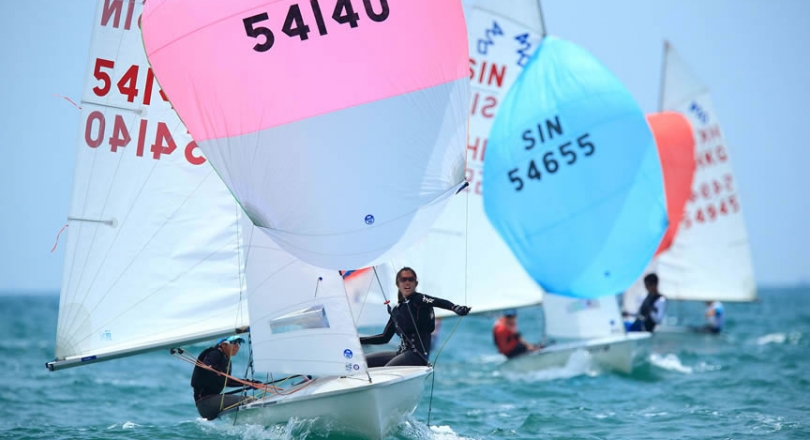 Four days of 420 racing at the Fish & Co Youth Sailing Championships in Singapore crowned the 2015 Champions and earned teams valuable points in the race for selection to the national team representing Singapore at the upcoming South East Asian Games and ISAF Youth Sailing World Championships this year.

Eight other classes joined the 420 Class for four days of racing held out of the National Sailing Centre on Singapore's east coast.

The 420 fleet featured some of Singapore's most talented sailors, including three former Optimist World Champions, Loh Jia Yi (2013), Bertha Han (2013) and Yukie Yokoyama (2012) who are putting in all their effort to succeed in the 420 class. Dedicated is an understatement to the commitment these sailors give to their sport.

Day 2 and the leaderboard soon changed with Loh Jia Yi/Mathew Scott knocking out back to back wins and jumping into the lead. From that point, their closest rivals were the girls's team of Yukie Yokoyama/Samantha Neubronner, who never finished out of the top five, and racked up 8 top three finishes from the 11 race series. Heading into the Medal race the battle for gold was essentiallly between these two, but another win for Yi/Scott sealed the deal, with the Ladies Crown going to Yokoyama/Neubronner.

Coming up next month in Singapore is the 12th SAFYC Changi Regatta 2015. 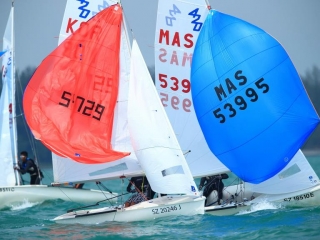