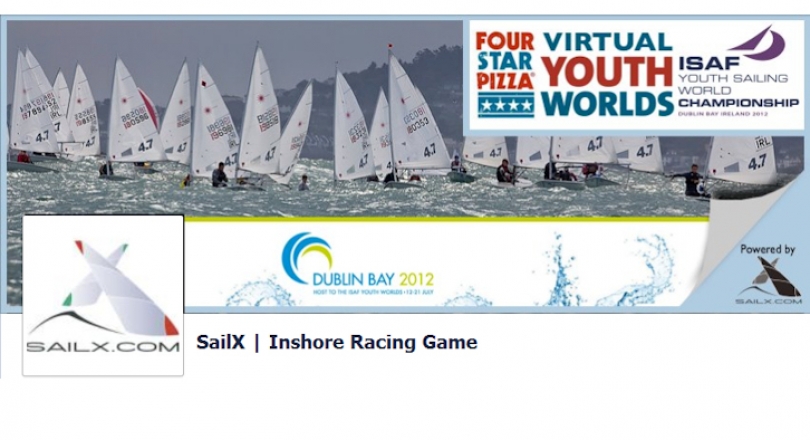 In 2012 for the first time the Organizing Committee will be running a virtual event to mirror the real event: The ISAF Youth Virtual Sailing World Championships. This Virtual Worlds will be run in SailX.com the award-winning inshore sailboat racing and training environment and will consist of a virtual fleet-race regatta that is OPEN TO EVERYONE regardless of age and sailing skills.

In order to differentiate by age two rankings will be produced - one for ALL individuals taking part and a second for those entrants who meet the official ISAF ‘youth’ age classification as per the Official Notice of race for the 42nd ISAF Youth Sailing World Championship 2012 (i.e. under the age of 19 years on 31 December 2012). The winning individual in the ‘Youth’ classification will be awarded with the “ISAF Youth Virtual Sailing World Championships Trophy”. The winning nation will be awarded with the Virtual Sailing Nationals Trophy.

This unique format follows that of a similar successful event that was held recently in partnership with the RYA in the build-up to the largest dinghy show in the world – the RYA Volvo Dinghy Show. During this competition SailX hosted 14,000 Championship and practice races (involving 173,000 boats race starts and a total of 23,000hrs, or 960 days of user time). And as if that wasn’t enough, users spent even more time watching racing, discussing protests (approx. 200,000 ‘on the water’ incidents resulted in nearly 13,000 protests being filed) and chatting with other racing sailors from all over the world.

Brian Craig, Chairman Dublin Bay 2012 Organising Committee, commented saying, “This virtual championship will provide us with an exciting and distinctive six-week-long build up to the ISAF Youth Worlds plus some interactive activities during the event itself. The SailX racing environment and social tools will help us bring together the youth sailors from the 63 nations who are coming to Dublin in July earlier than normal. It will also help us engage the many thousands of youth sailors from all over the world who, for various reasons, were unable to attend the event. Hopefully we will be able to make them feel part of this great event and give them a feel for the welcome they would receive in Dublin should they manage to make it here another time.”

SailX creator Amando Estela also commented on this regatta saying, “It will be fascinating to watch the top youth sailing talent from all over the world battle it out. Of course no simulation could never test all of the skills involved in sailing, but as racing in SailX is carried out in strict accordance with the ISAF Racing Rules of Sailing this “Virtual Youth Worlds’ will quickly show us those competitors who really understand racing strategy and rules – both vital areas for success in our sport. More important however, I’m 100% sure that SailX will help every player to emerge ‘hot’ and ready to race in Dublin come July!”

Stage 1 (Practice, no scores counting), till Sun 20th May - COMPLETED

To enter the Championships first you have to register as a SailX user (always free) - click HERE.

About SailX.com
The Award-Winning Inshore Sailboat Racing & Training Environment
• SailX.com runs real-time fleet, match and team racing 24/7 between sailors from all over the world
• Racing in SailX takes place in strict accordance with the ISAF Racing Rules of Sailing
• SailX provides fun and learning for all sailors from beginner racers to World Champions, Olympians, etc
• SailX can be played for free, forever
• While there are some advantages to subscribing, users will never be able to buy a faster boat!

Current Statistics
• SailX is the largest inshore racing simulation in the world
• On average SailX hosts a 12-person race every 5 minutes, 24hrs a day, every day
• That's over 100,000 races and 1,200,000 individual finishers every year
• The SailX community is made up of nearly 28,000 users from over 100 countries worldwide
• The 'Active User' community is growing at 50% per annum and accelerating
• On average users spend a total of 10,500 highly-engaged hours (14.5 months) racing each month
• The SailX rules engine currently decides on over 1.5m incidents per year with >95% accuracy
• SailX has a searchable database over 18,000 ruled protests complete with incident videos and commentary