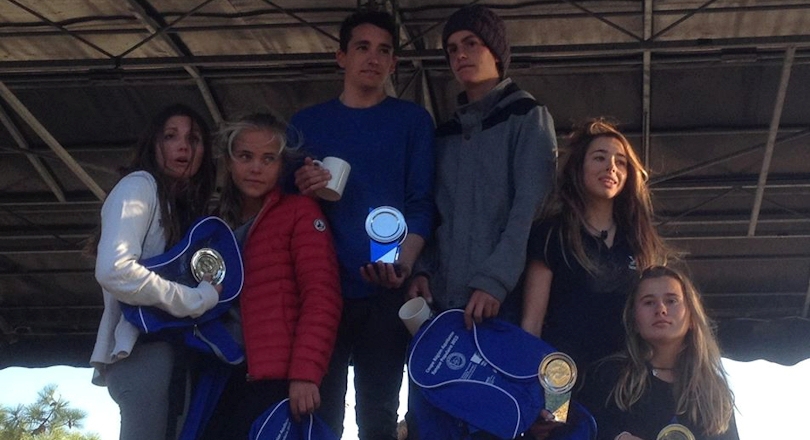 Split into two fleets, the 98 teams contested 5 qualification races, before being split into gold and silver for the final series. From the outset, it was the young French teams who were in control. Ultimate winners Maxime Pedron/Ange-Loup Stimbre claimed the opening race win in their fleet, with Lou-Anne Morin/Swann Costa matching them. As the series unfolded, race wins were shared out, with eleven teams laying claim to the front of the fleet - in a clear show of depth of talent.

Pedron/Stimbre advanced to the final series in the lead, maintaining the advantage to win by just 1 point over Jessie Kampman/Anale Ponthieu (FRA), with Lou-Anne Morin/Swann Coste (FRA) just 2 points behind.