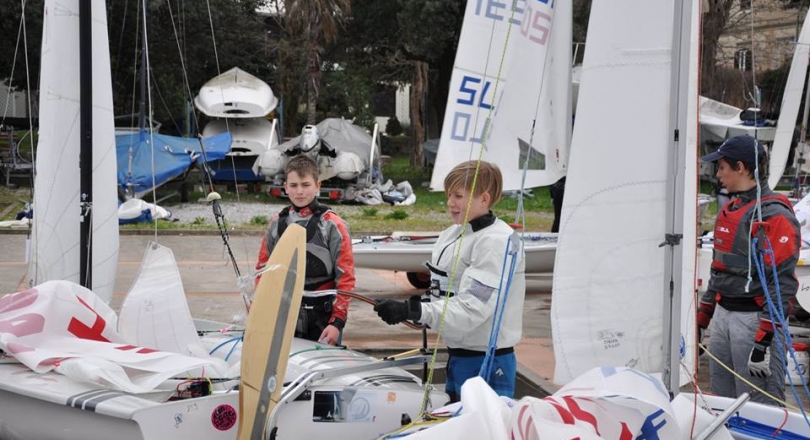 A consistent performance from Germany's Jolanda Lene Muller/Arvid Jannes Muller rewarded them with victory at the Izola Spring Cup in Slovenia.

This news belongs to
2016 Izola Spring Cup
ALL EVENT INFORMATION

The Mullers opened with a safe 4th place in the 37 boat fleet, upgrading to a win, and then simply continued to sail strong. Their closest challengers were Austrian sisters Theresa Schiemer/Johanna Schiemer, who pulled back from an opening 19th place finish in the first race to sail a top ten scoreline and finish just 2 points off the German pair. Thrid to Germany's Lennart Kuss/Paul Arp.

The fleet raced as an open fleet, with mixed, boys and girls teams all in the mix. A strong showing at the event from the girls teams, pitched four teams into top ten overall.