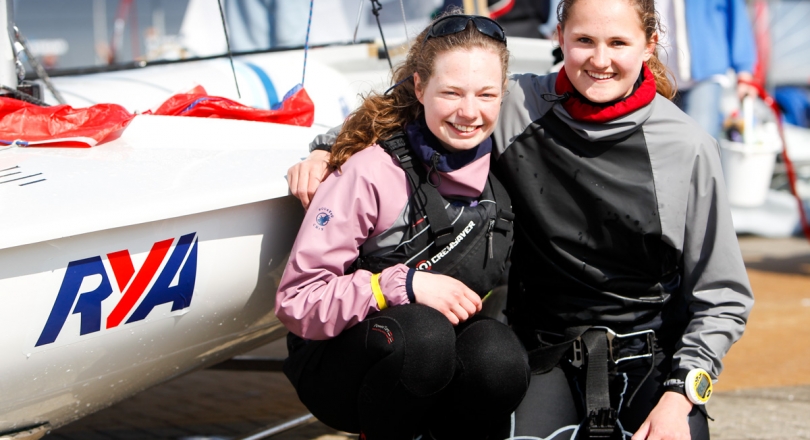 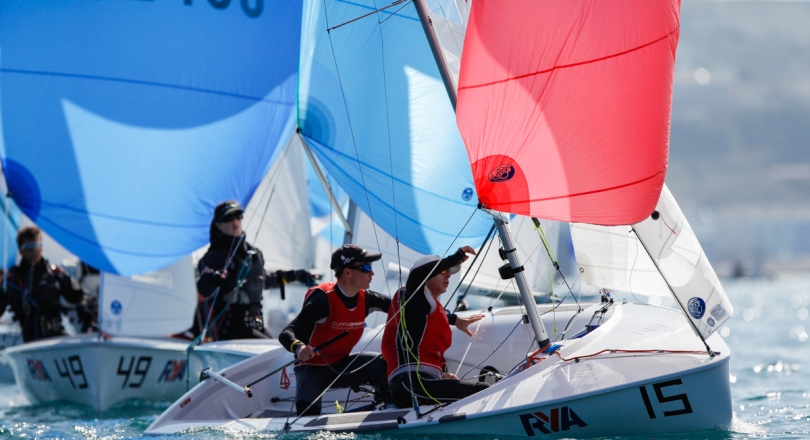 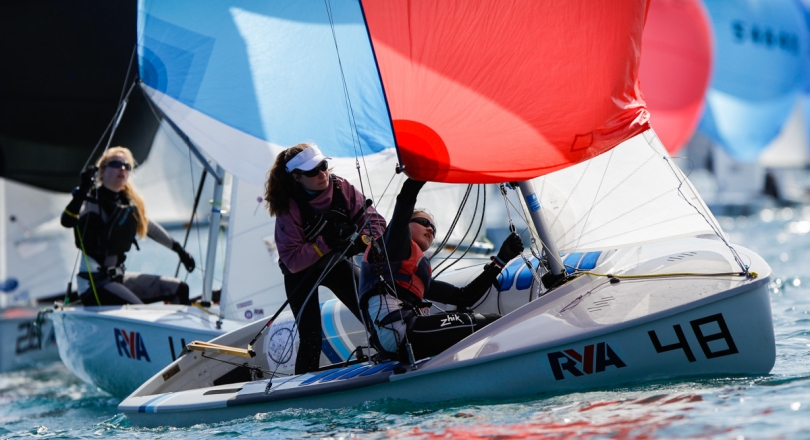 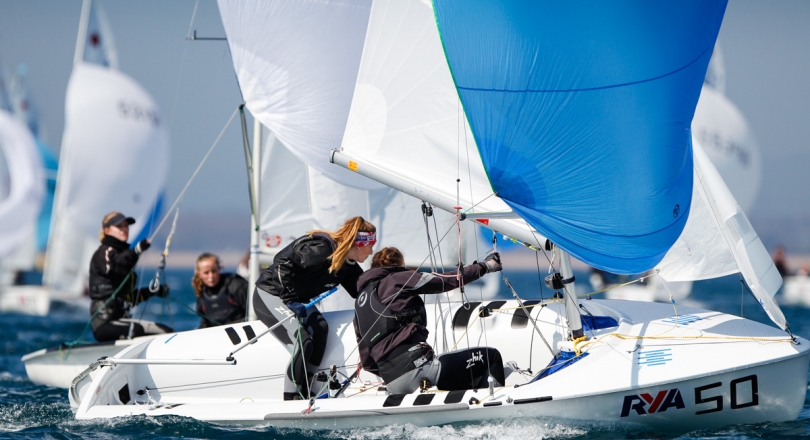 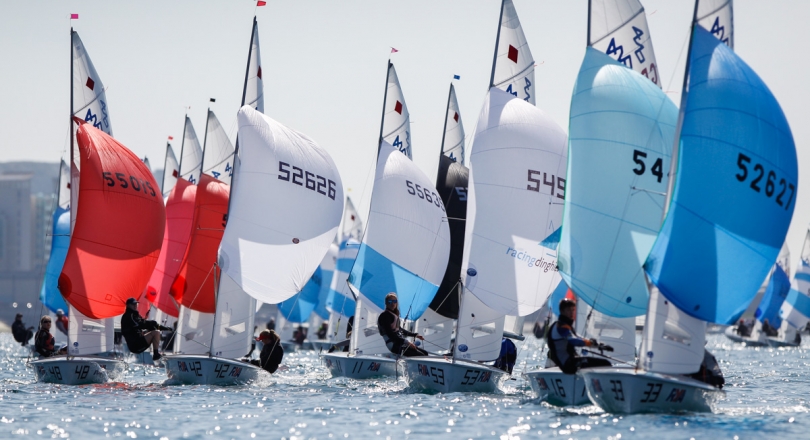 The waters off Weymouth and Portland saved the best until last, with the morning fog lifting to leave beautiful sunshine and 5-10 knots of wind to wrap up the annual Championships on Friday 10 April 2015.

Racing for all classes got underway on their respective courses early and as the day progressed, Youth National Champions began to emerge, with a particularly thriling final in the 420 which went down to the last race.

The girls dominated the 420 class, claiming all event podium spots with just a point of separation between each of them. In the last race it was all to play for; any three pairings had the opportunity to take the girls’ title and the overall win. Jenny Smallwood (Datchet Water SC) and Danielle Thomas (Royal Lymington YC) took the early advantage, rounding the windward mark in first, followed by Katie Davies (Itchenor) and Grace Summers (Emsworth) in the top ten, while Sarah Norbury (South Staffordshire SC) and Mari Davies (Pwllheli SC) looked as if they were out of the game.

A spectacular first reach from Norbury and Davies put them back in the mix and they finished the race in eighth. An eighth was enough to beat Davies and Summers, but not enough to overhaul Smallwood and Thomas.

Smallwood and Thomas led from the start of the race to win the event and become 420 Girls Youth National Champions, although on the water they weren’t sure exactly who had won: “It’s amazing, unbelievable. But we finally made it and it feels good.  We were clueless about points; we thought we were fifth or something,” explained Thomas

“We won the race but thought we were black flagged. When we realised we weren’t we were so happy we had just won the race. It was such a nice ending to the week and we realised ashore what had happened.”

A disappointing second race for Max Clapp (Royal Southern) and Ross Banham (Bewl Valley SC) put them out of contention for the overall podium, however they still had a chance to be 420 Open Youth National Champions. Their challenge was to put nine points between themselves and Daniel Atherton (Gurnard SC) and Matthew Viney (Cardiff Bay YC). Clapp and Banham did just that, finishing second in the final race to take the title and fourth overall.

Watch the final day highlights on our YouTube channel here.